Domestic violence is a growing problem in Charlotte and is punished harshly under North Carolina laws. There are a number of domestic violence crimes that a person could be charged with committing, and one of the most common crimes is Assault on a Female. 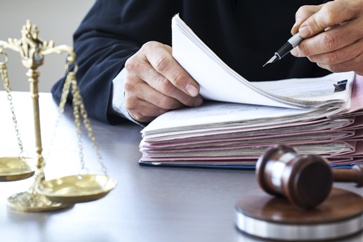 Victims of domestic abuse can also obtain a domestic violence protective order (DVPO) against their abuser, which prevents the individual from having any contact with them. This court process is a civil proceeding and can be pursued along with criminal charges against the perpetrator.

At Browning & Long, PLLC, we can assist you if you need a DVPO to protect yourself from domestic violence. We also can defend you if someone has accused you of domestic violence and is seeking a protective order against you.

What Is a Protective Order in a Domestic Violence Case?

A domestic violence protective order is also referred to as a restraining order, a 50B order, or a no-contact order and is specifically designed to protect domestic violence victims. They are different than general restraining orders. The judge who issues a 50B order has the ability to provide for more specific protections for the person being abused. In addition, police officers have the ability to enforce the order, such as bringing criminal charges against the abuser for violating the protective order.

Who Can Obtain a DVPO?

If a victim was in a personal relationship with the accused, they can request a DVPO if the accused takes any of the following actions against them or their minor child:

In order to obtain a no-contact order, a victim must file a civil petition requesting one. There are two types of DVPOs in North Carolina:

Types of Protection a DVPO Can Provide

The judge granting a domestic violence protective order has a number of options that they can include in order to protect the victim. Some of these protections include: