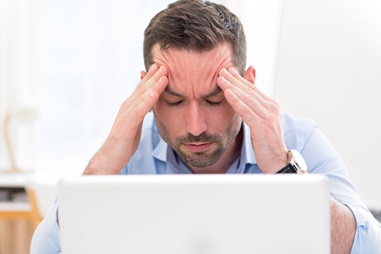 Child pornography crimes are felonies and are prosecuted aggressively by the police and prosecutors in North Carolina. If you are convicted of one of these offenses, you could be sentenced to a lengthy prison sentence and face the serious long-term consequences of being considered a sex offender.

You should contact an experienced criminal defense attorney immediately if you are charged with a child pornography crime. An attorney will mount an aggressive defense strategy that could result in the charges against you being dismissed or reduced to a less serious offense through a plea agreement.

Child pornography is illegal under federal and state laws. In North Carolina, there is no specific crime called child pornography. However, there are three different crimes that an individual can be charged with committing depending on the level of exploitation of a minor child.

First degree sexual exploitation of a minor is the most serious child pornography crime. Under N.C.G.S. 14.190.16, this offense is committed if someone, knowing the character or content of the material or performance, does the following:

This offense is a Class C felony. The punishment an individual would face if convicted would depend on their prior criminal history and other factors under North Carolina’s complicated sentencing system. They could be sentenced to 58 to 201 months in prison.

Under N.C.G.S. 14.190.17, second degree sexual exploitation of a minor is a Class E felony. This crime is committed if an individual, knowing the character or content of the material, engages in any of these activities:

The sentencing range for a Class E felony is between 20 and 108 months in prison.

An individual can be charged with third degree sexual exploitation of a minor under N.C.G.S 14.190.17A if they possess material containing a visual representation of a minor engaged in sexual activity and know of the character or content of the material. This criminal offense is charged as a Class H felony. If convicted, they can be sentenced to 5 to 20 months in prison.

Registering on the Sex Offender Registry

If a person is convicted of a child pornography crime, they must register as a sex offender on the North Carolina Sex Offender Registry. They would have to register on the registry for at least 30 years. This information would be accessible online to family, friends, employers, and the public—and could have long-term consequences on an individual’s ability to obtain housing, education, and more.

Child pornography can also be charged as a federal crime. These laws make it illegal to engage in a wide range of activities involving the exploitation of minor children. Prohibited activities include possessing, distributing, or receiving visual depictions of sexually explicit conduct involving minors.

This offense would be charged as a federal crime if the crime took place in one or more states or outside the United States or utilized federal agencies, like the U.S Post Office, to transport the pornographic materials. Because child pornography is often obtained and transmitted through the Internet or email, it is often considered a federal crime.

The penalties upon conviction can be harsher under federal sentencing guidelines than those under North Carolina law. Here are examples of the punishments a person could face if convicted under federal law:

You could have strong defenses to the charges you face—even if you believe you are guilty. A few defenses include:

Have you been charged with a child pornography crime in Mecklenburg County? Our knowledgeable criminal defense lawyers understand the serious ramifications of a conviction on your life and will mount an aggressive defense for you so that you achieve the best possible outcome given your situation. To learn what to expect in your criminal case and how we can defend you, call our Charlotte office or fill out our online form to schedule your free consultation today.