How Is Bail Set in North Carolina? 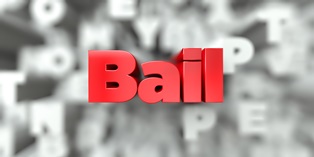 If you have been arrested and taken into custody, it can be a terrifying experience whether you are charged with a misdemeanor or felony. Your first objective will almost certainly be to be released from jail. This will usually involve posting or paying a bail bond. Here, we discuss what you need to know about bail in North Carolina.

What Is a Bail Bond?

Bail—also referred to a bail bond—is the amount you must pay and the promises you must make to be released from jail until your criminal case is resolved. Usually, within 48 hours of your arrest, you will be brought before a magistrate who will set the amount of your bail and any other conditions for your release. Keep in mind there are exceptions to this procedure, particularly for charges involving murder or domestic violence. If possible, you want an experienced criminal defense attorney to attend this hearing with you as this could result in bail being set at a lower amount.

There are a number of different types of bail in North Carolina, and not all require the payment of money. Here are the ways that the magistrate could set bail:

What Happens If You Violate the Terms of Your Bail?

If you violate the terms of your bail, such as failing to attend a court hearing or violating another condition of your bail, bail could be revoked, and a warrant could be issued for your arrest. Once you are in custody, you may have to remain in jail until your trial or have to pay a higher bond and fulfill harsher other requirements.

Can I Get the Amount of Bail to Be Paid Reduced?

After your bond is set, you can file a motion to modify bond that would be heard by a judge, not the magistrate. If you plan to file this motion, you would want a criminal defense attorney to file it for you and to attend the hearing on the motion with you. These motions are resolved in one or two ways:

You do not want to automatically file a motion to modify a bond because it could lead to the prosecutor requesting a higher bond. In addition, the judge has the power to increase, as well as decrease, the amount of your bail.

An experienced criminal defense attorney will know whether filing a motion to modify a bond would be beneficial in your case given the charges you face, your prior criminal history, and the practices of the specific prosecutor and judge assigned to your case. If you have been arrested, we urge you to contact our office immediately to speak with a member of our criminal defense team. We can help you get bail set, advise you of what you can expect in your criminal case, and start working on building a strong defense to the charges that you face.