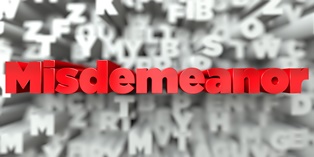 In North Carolina, there are two categories of crimes: felonies and misdemeanors. Felonies are the most serious offenses, and a conviction can result in a lengthy prison sentence and fines. You may be relieved if you are charged with committing a more “minor” misdemeanor crime. However, you would be making a big mistake to not take your misdemeanor charge seriously. A conviction could still result in harsh consequences—including a permanent criminal record.

What Are Common Misdemeanor Crimes That You Could Be Charged With Committing?

Misdemeanors are divided into four categories in North Carolina, depending on the severity of the offense. These classifications and common crimes that fall into each category include:

What Penalties Could You Face If You Are Convicted of a Misdemeanor?

You could face three different types of penalties if you are convicted of a misdemeanor crime. They include the following:

Once your prior conviction level is established, the judge would sentence you based on the range of sentence for the misdemeanor classification that your crime falls within. If your prior criminal history fell within a Level II or Level III conviction level, your sentence would be more severe than if you were classified into Level I. Your possible sentence could include the following:

Even if you believe you are guilty of the misdemeanor offense that you are charged with committing, you need the help of an experienced criminal defense attorney. You could have defenses to the charges that may result in them being dismissed or reduced to a less serious offense with fewer consequences. An attorney can determine these defenses and use them to fight the charges that you face. Start an online chat today to schedule your free, no-obligation consultation.