How the Police Conduct Criminal Investigations Before Arrest

Before taking someone into custody, the police must determine if they can establish probable cause that the person committed a crime. Under the Fourth Amendment, they must have evidence that reasonably demonstrates the suspect committed a criminal offense in order to arrest them. They may need to conduct a 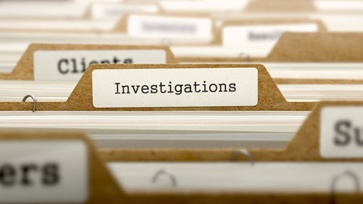 pre-arrest criminal investigation to establish probable cause to make an arrest.

If you are a suspect in a criminal investigation or are facing criminal charges, it can be helpful to understand how the police and prosecutor conduct these investigations. It can help you know what to expect in your case and may assist in developing a defense strategy to fight the charges if you are arrested.

How the Police Perform Criminal Investigations

The scope of a criminal investigation can vary depending on the type of criminal activity being investigated. In some cases, such as reckless driving charges, a fight at a bar or other location, or domestic violence, the police may not need to conduct any investigation other than at the scene before arresting someone.

Similarly, the length of time the police will engage in a pre-arrest investigation will depend on the seriousness and complexity of the crime. Some can take days, weeks, or a year or more to complete. Here are some ways that law enforcement officials and prosecutors conduct an investigation before making an arrest.

One way that the police can build a case against a suspect is through the collection of physical evidence. A detective trained in how to investigate more serious crimes could be assigned to the case. They could go to the crime scene to look for physical evidence, such as a weapon, bloodstains, fibers, footprints, fingerprints, and more. They may take photographs and measurements or send certain samples, such as blood samples or fibers, to a lab for testing.

The police must properly collect and preserve the evidence they obtain in a criminal investigation. If they do not follow required procedures, the evidence could become contaminated or otherwise not be considered valid and may be ruled inadmissible in a criminal case.

Another pre-arrest investigative tool the police could employ is to interview the victim of the alleged crime and witnesses. They would speak to anyone that they believe has helpful information, which could include a suspect’s co-workers, family, friends, and neighbors.

Detectives could also bring in a suspect for questioning. Unless the individual is in custody, law enforcement officials do not have to give them their Miranda warnings and can use any statements made against the accused.

Searching Social Media and Other Records

Detectives could also search a person’s social media sites or other websites where individuals discuss potential crimes with others for evidence that a crime was or is about to be committed. They may also obtain a warrant to get an individual’s cell phone, financial, or other records from businesses or other parties.

Law enforcement officials sometimes go undercover as part of their investigation of a possible crime. This is not uncommon in drug offense, pornography, or other serious felony investigations.

What Should You Do If You Are a Suspect in a Pre-Arrest Investigation?

If you learn that you are being investigated as a suspect, you need to take immediate steps to protect yourself. If you are innocent, do not make the mistake of believing that if you cooperate with the police that no charges will be brought against you. You should take these steps:

How a Lawyer Can Help You During a Pre-Arrest Investigation

Many people do not realize that they can hire a knowledgeable criminal defense attorney before their arrest. However, this can be very beneficial to you. Ways that a lawyer can assist you at this stage include:

Are you being investigated by the police in Mecklenburg County? Have you been charged with a criminal offense? Call our Charlotte office to schedule a free initial consultation to find out how our skilled criminal defense legal team can assist you.