What Offenses Could You Be Charged With If You Assault a Law Enforcement Official or Other Government Official? 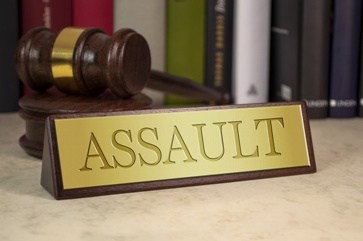 While assault and battery is a serious crime in North Carolina, the charges can be much more severe if the assault is on a police officer or other government official. If an individual is convicted of one of these crimes, they could face a lengthy prison sentence.

Were you arrested for assaulting a police officer or other protected employee in Mecklenburg County? Our knowledgeable criminal defense attorneys can mount a strong defense for you. This may result in the charges being dismissed or reduced to a less serious offense—even if you are guilty.

Who Is a Protected Person Under North Carolina’s Assault Laws?

Police officers are not the only government officials who are considered protected persons under North Carolina’s laws making it a crime to assault a governmental official. An accused can be charged with a more serious offense if the individual assault is one of the following:

What Crimes Could You Be Charged With Committing?

There are a number of different offenses that a person can be charged with committing if they assault a police officer or other protected person. While assault and battery on other victims is usually charged as a misdemeanor, assault on a law enforcement official is a felony offense. Here are some common crimes associated with assaulting a protected person.

Under N.C.G.S. 14-34.2, it is a Class F felony for an accused to assault a police officer with a firearm or other deadly weapon. Officers and employees of the state government or political subdivision, company police officers, and campus law enforcement personnel are also covered under this statute when performing their official duties.

Assault With a Firearm

It is a Class E felony under N.C.G.S. 14-34.5 to assault a protected person with a firearm. A person could be charged under this statute for using a firearm to assault a police officer, probation officer, parole officer, member of the National Guard, or individual employed at a detention center operated by the state or a local government while they are performing the duties of their job.

N.C.G.S. 14-34.6 makes it a Class I to commit an assault or affray that causes a physical injury to certain protected government officials. This includes the following individuals while they are conducting their official duties:

The offense would be elevated to a Class H felony if the accused used a deadly weapon other than a firearm or inflicted serious bodily harm. The crime would be a Class F felony if a firearm was used in the assault.

Under N.C.G.S. 14-34.7, a person can be charged with a Class I felony for assaulting a protected government official if it causes them to suffer a serious injury. This law could apply if the assaulted individual was a police officer, parole officer, probation officer, member of the National Guard, or employee at a state or local government detention center. The crime would be a Class H felony if the assault caused more serious bodily injuries.

What Are the Penalties for Assaulting a Law Enforcement Official?

North Carolina uses a complicated sentencing structure for felony offenses that takes into account the severity of the crime and the defendant’s prior criminal record. If convicted, a person could face these punishments if they are sentenced at the most serious sentencing range: