What Sentence Could Be Imposed If You Are Convicted of a Felony? 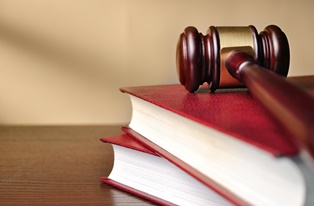 North Carolina’s classification of a felony and its sentencing schedule is complicated. Like misdemeanor charges and sentences, each felony crime is assigned a class which is compared to the person’s criminal history to determine the sentence level. All felony convictions come with the possibility of a jail or prison sentence. However, with the assistance of an experienced criminal defense attorney, you may be able to avoid a jail sentence, depending on your criminal history and other factors.

What Are the Classes of Felonies and Their Sentence Ranges?

North Carolina has a sentencing grid to determine the sentencing range for felony convictions. It utilizes the class of felony, level of the person’s prior convictions, and disposition ranges in setting the sentence. Felonies are organized into 10 different classifications from Class A to Class I, with Class B felonies divided into Class B1 and B2. Class A felonies are the most serious and include murder, while Class I felonies, such as larceny of a dog, credit card fraud, and domestic violence, are the least serious. The prison sentencing range is as follows:

How Is the Prior Record Level Ranges Determined?

Once the number of points has been calculated, the person’s prior record level can be established. This is how the levels are determined:

What Is the Disposition Range?

Here’s an example of how the sentencing range works for a Class C felony where the person’s prior record level is Level III:

Not all felony convictions result in a prison sentence. Depending on the felony classification and the prior conviction record, the judge could impose an intermediate or community sentence, which could include house arrest, drug treatment, community service, or other punishments.