North Carolina Traffic Violations: Common Offenses and the Serious Penalties You Could Face 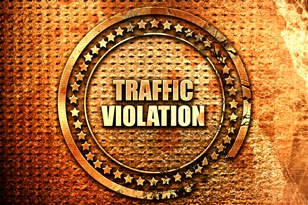 Many people in North Carolina do not consider getting a traffic ticket very serious. They may simply take advantage of the option of paying the ticket in advance to avoid attending a court hearing. This is easy to do in North Carolina as it has an automated system to pay ticket fines via the Internet. However, what people may not realize is that they are pleading guilty to a traffic offense that could have serious consequences on their lives beyond just paying the fines associated with the ticket. This can include points on their driving record, increased insurance rates, and possible suspension or revocation of their driver’s license.

How To Waive a Traffic Offense

Common Traffic Violations You Could Be Charged With

You can receive a ticket for a moving or nonmoving violation of North Carolina’s traffic laws. Some of the most serious offenses include:

There are many less serious traffic tickets with a penalty of fines and points on your driving record. Some of these violations include:

Once you are convicted of a traffic offense, the court notifies the North Carolina Department of Transportation so that points are added onto your driving record, if applicable. In addition, the Safe Driver Incentive Plan will give you insurance points. Depending on how many insurance points you have, your vehicle insurance premiums can increase between 25 percent and 400 percent.

It is not in your best interests to just pay a traffic ticket given the potential harsh consequences both in terms of the penalty you face for this offense and the long-term consequences on your driving privileges, your criminal record, and your insurance rates. You should at least first consult with an experienced traffic law attorney.

At Browning & Long, PLLC, we can explain your possible outcomes to you, investigate your ticket or other offense, and help you to avoid the negative consequences you face. Call our office today to schedule your free case analysis.

Follow the link below to get Browning & Long on your side immediately.