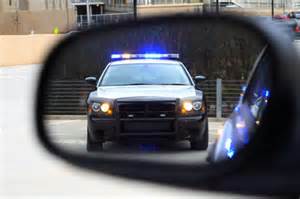 Suspensions Based on the Point System

If a North Carolina driver is convicted of certain motor vehicle violations, points may be assigned against their driving record. Based on an accumulation of these points, North Carolina General Statute § 20-16(a)(5) gives the North Carolina Division of Motor Vehicles (DMV) the authority to suspend a driver’s license. A driver who accumulates twelve or more points in a three-year period may have their license suspended. Additionally, a driver who accumulates eight or more points in the three-year period immediately following reinstatement of their license may also have their license suspended.

Below is a non-exhaustive list of various traffic violations and the corresponding point value the DMV assigns to a conviction for such offenses. A driver convicted of multiple traffic violations from the same occurrence is typically only assessed points for the more serious violation.

Note: The schedule of point values for violations while operating a commercial motor vehicle differ.

Suspensions NOT Based on the Point System

The North Carolina General Statutes also authorize the DMV to suspend a driver’s license in scenarios other than the accumulation of points as described above. These include, but are not limited to, the following:

From reading this post it should be clear that driver’s license points in North Carolina are complicated. Not only is the points systems complex, it can also be extremely costly to you if your violation is handled incorrectly. Don’t make a mistake in how you handle your speeding ticket or other traffic violation. Contact Todd Browning or Howard Long at Browning & Long, PLLC, two attorneys who are experienced in handling speeding tickets and other traffic violations.

Follow the link below to get Browning & Long on your side immediately.