What can happen if I get caught driving on a suspended license? 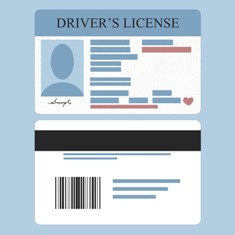 Because most people rely on driving a vehicle to get to work and take care of family and personal affairs, it can be devastating to have a suspended driver’s license. Public transportation may be readily accessible in some cities in North Carolina, but it may be unavailable, time-consuming, and expensive where you live. As a result, you may find it almost impossible not to drive—even if you have a suspended license. However, if you are caught, you could face even more serious penalties.

Why Are Driver’s Licenses Revoked in North Carolina?

What Are the Penalties for Driving While Your Driver’s License Is Suspended?

Driving While License Revoked (DWLR) is a serious misdemeanor offense in North Carolina—even if your original suspension is for failing to pay fines or another more minor cause. However, the law was changed on December 1, 2015, to reduce the harsh consequences for some offenses. There are now four offenses:

The consequences of driving when your drivers’ license is suspended are serious and include a permanent criminal record if you are convicted of a misdemeanor offense. You could face these punishments: