What You Should Know About Reckless Driving Charges in Charlotte 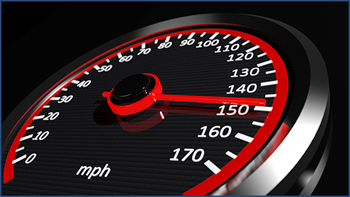 If you were speeding excessively, swerving in and out of heavy traffic, or closely following another vehicle at a high rate of speed, you may have been charged with reckless driving. In Charlotte, and throughout the state of North Carolina, there are three different types of reckless driving, including:

What Qualifies as Reckless Driving?

After reading what the law defines to be reckless driving, you may very well still be confused as whether or not you were actually driving reckless. Due to the law’s broad definition, courts have not been successful at describing with particularity what qualifies as reckless driving. However, several cases that courts have considered may be useful in determining whether your driving was actually reckless.

The following is enough to establish reckless driving:

Will I go to jail if convicted of reckless driving?

If you are convicted of reckless driving in North Carolina, the judge can sentence you to a maximum of 60 days in jail.

How much are the fines for reckless driving in North Carolina?

Can my driver's license be suspended if I'm convicted of reckless driving?

Yes, your North Carolina driver’s license may be suspended in certain circumstances, including:

How many points will go on my license for reckless driving?

Will a reckless driving conviction cause my car insurance premiums to increase?

What defenses can I raise against my reckless driving charge?

There are a number of ways to fight a reckless driving charge, some of which include using information from your speedometer or GPS, the location in which you were charged, and whether or not your constitutional rights were violated when the cop pulled you over.

If you have been charged with reckless driving, which is considered a Class 2 misdemeanor, it is imperative that you contact our experienced traffic defense attorneys to help you receive the most favorable outcome possible.