How long will a DWI conviction stay on your record in North Carolina?

You face harsh consequences if you are convicted of DWI in North Carolina. Unfortunately, you also face the long-term consequences of having a criminal record. If you are facing DWI charges, you need to understand the penalties you face, how it could impact a subsequent conviction, and how long it will stay on your criminal record. 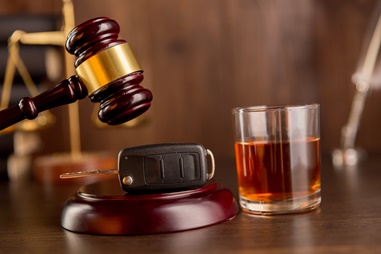 It is against the law to drive while intoxicated on a street, highway, or public area, such as a parking lot in North Carolina. Under N.C.G.S. 20-138.1, it is considered a DWI offense to do any of the following:

There are special DWI rules for individuals under 21 years old and commercial drivers:

What Is the Punishment for DWI?

A first offense DWI would be charged as a misdemeanor, but a subsequent offense could be charged as a felony. North Carolina uses a complicated sentencing system that takes into account a number of factors, including a person’s prior criminal record. Depending on the number of mitigating and aggravating factors, an individual can be sentenced to up to 36 months in jail or prison and a fine of up to $10,000.

How Long Is a DWI on Your Record for Sentencing Purposes?

In terms of the sentence a person can receive if convicted of DWI, the court is allowed to consider their prior criminal convictions for DWI. This is referred to as the lookback period. It is the period of time a prior DWI remains on their record for sentencing purposes.

The lookback period in North Carolina for a misdemeanor DWI is seven years. For a felony DWI conviction, this time period would be increased to 10 years. Any convictions in another state would also be considered as part of the lookback period. Here are a few ways a DWI on a criminal record affects someone’s sentence:

How Long Does a DWI Stay on Your Criminal Record?

Although a prior DWI would not be considered part of a criminal record for sentencing purposes after the lookback period has passed, this does not mean an individual has a clean record. The drunk driving conviction would be part of their permanent criminal record and could have long-term consequences in their life, such as limiting their ability to find a job, housing, and more.

North Carolina has passed a few laws in recent years to allow for the expungement of less serious offenses from a person’s criminal record. The most recent law was the Second Chance Act. Unfortunately, a DWI conviction is not eligible for expungement under this or other laws.

What Should You Do If You’ve Been Charged With DWI?

If you are facing DWI charges, you must take the charges seriously. Your first step should be to retain an experienced DWI attorney to defend you. Even if you are guilty, you may have strong defenses that could result in the charges against you being dismissed. To find out how we can help you and what to expect in your criminal case, call our Charlotte office or fill in our online form to schedule your free consultation today.