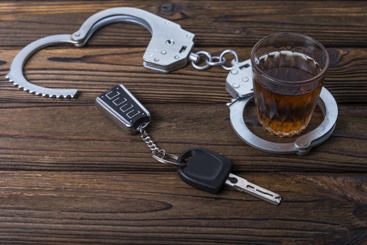 Driving while intoxicated (DWI) is illegal in North Carolina and is punished more harshly than most states in our country. Even if this is your first offense, the punishments could be serious if you are convicted. In addition, you would have a permanent criminal record that could have long-term consequences on your life.

One of your first steps after your arrest should be to retain an experienced DWI defense attorney. Your lawyer can develop a strong defense strategy that may result in the charges being dismissed or reduced to a less serious offense. This is possible even if you know you are guilty of the crime, so do not delay contacting us to obtain the legal representation you need to fight the DWI charges you face.

Under North Carolina General Statute § 20-138.1, it is illegal to operate a motor vehicle on a highway, street, or public area while intoxicated. A person can be arrested for DWI for the following:

Commercial drivers can be convicted of DWI if their BAC is 0.04 or higher, and individuals under 21 years old could be found guilty if there is any amount of alcohol in their system.

How Mitigating and Aggravating Factors Can Affect a DWI Sentence

North Carolina uses a complicated sentencing system that takes into consideration many aggravating and mitigating factors in determining a person’s sentence if they are convicted of DWI. The most serious factors that can result in a harsher sentence are referred to as grossly aggravating factors and include:

If there are any mitigating factors, they must also be considered at sentencing and can result in a less harsh punishment. They include:

If you are convicted of DWI, the judge sentencing you will weigh your grossly aggravating, aggravated, and mitigating factors in deciding your sentence. There are six levels of punishment, with aggravated level one being the most serious and level five being the least severe. Here are the possible punishments.

If the judge finds that there are three or more grossly aggravated factors, your punishment would be in the Aggravated Level One range. It can include:

Your sentencing would be at Level One if there are two grossly aggravating factors or you were driving with a minor in your vehicle at the time of your arrest. You may be sentenced to a jail sentence of 30 days to 24 months and fined up to $4,000. If you are placed on probation, you would first have to serve at least 10 days in jail, submit to alcohol and drug testing, and complete a substance abuse program.

If the judge finds one grossly aggravating factor, your punishment can include seven days to 12 months in jail and a $2,000 fine. Probation may be allowed if you submit to 90 days of monitoring for sobriety and complete a court-ordered treatment program.

You would be sentenced at Level Three, Four, or Five if there were no grossly aggravating factors. Here is how to know which level you would be placed in:

As with the more serious levels of punishment, you would be required to go through a substance abuse assessment and complete a treatment program. You could also be sentenced to:

In addition to being sentenced to jail and fines, you could have your driver’s license suspended and may have to install an ignition interlock system in order to obtain a restricted license.

If you are convicted of a second, third, or subsequent DWI charge, you would be sentenced based on the grossly aggravating, aggravating, and mitigating factors listed above. In addition, your driver’s license suspension could be longer, or it could be revoked. Here are the range of punishments for these crimes: