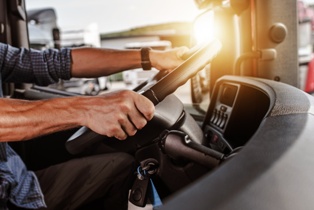 If you are a truck driver, getting a Charlotte traffic ticket can be more serious than you think. Not only could you face a jail sentence and large fine, but you could be jeopardizing your commercial driver’s license (CDL) and your ability to work as a trucker. In addition, your employer could have a rule about terminating its drivers for traffic violations. However, an experienced traffic attorney can help you avoid these harsh consequences.

What Is Required to Obtain a Commercial License in North Carolina?

Under federal law, a truck driver who crosses state lines must be at least 21 years old. North Carolina has its own special requirements for people who want to obtain a commercial license to drive a truck. Our state follows the federal system of three classifications of CDL based on the size and other characteristics of the truck. Some of the requirements for obtaining a commercial driver’s license include:

Traffic Violations That Can Result in Your CDL Suspension

If a trucker commits many traffic violations, North Carolina law allows double the amount of any fine or other penalty. In addition, a truck driver can lose his license temporarily or permanently for certain offenses. How long a person would have his CDL suspended would depend on whether the violation is classified as major or serious. In addition, a CDL will be suspended for life for using any vehicle in the commission of a felony involving the manufacturing, distributing, or dispensing a controlled substance.