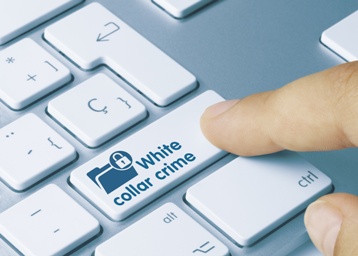 White-collar crimes involve financial gain and are, in most cases, non-violent offenses. Although similar to larceny crimes, they result in the accused financially benefiting at the expense of another. In some cases, the accused is in a position where he controls the finances in a business, non-profit organization, or governmental agency.

Because of the violation of trust often associated with white-collar crimes, they are considered serious crimes in North Carolina, and the punishments can include a lengthy prison sentence and fines. If you have been charged with a white-collar crime, you need to retain an experienced criminal defense attorney who can raise your defenses to try to get the charges dismissed or reduced to a less serious offense.

What Are White-Collar Crimes in North Carolina?

White-collar crimes can be charged under state or federal laws and are almost always felony offenses. They can involve complicated factual and legal issues, and the evidence can include thousands of pages of financial documents. Here are some common white-collar crimes under North Carolina law:

Embezzlement is a crime where an individual steals money, property, or other assets that he has access to due to his job or position and converts it to his own use. Writing false checks, creating falsified invoices and pocketing the payments, and stealing company assets are a few examples of how embezzlement is committed. It is often charged as a Class C or H felony.

It is considered identity theft to knowingly possess, obtain, or use the identifying information of an individual whether he is alive or dead with the intent to represent that the accused is this person. Identity theft is often charged as a Class G felony.

Fraud can involve a wide range of criminal activities, such as fraudulent advertising or filing a false lien. It also includes the crimes of extortion and blackmail, which are two white-collar crimes that can involve violence.

Extortion is the communication of a threat with the intention of illegally obtaining something of value and is a Class F felony. The crime of blackmail is the use of a threatening written communication that demands something from the victim in exchange for not following through on a threat. It is charged as a Class 1 misdemeanor.

The crime of forgery is committed when a person creates, alters, and possesses counterfeit cash, stocks, bonds, deeds, and other financial instruments. Depending on what is forged, the crime could range from a Class 1 misdemeanor or Class I, G, or H felony.

While money laundering is a crime under North Carolina law, it is frequently charged as a federal crime. It is the concealment of funds obtained through illegal activities, such as drug sales. The punishment can include a prison sentence of up to 20 years and a fine of up to $500,000.

North Carolina uses a complicated sentencing system to determine a person’s punishment that is based in part on his prior criminal record. Here are some of the sentencing ranges for the crimes that are considered white-collar crimes:

In addition to a lengthy prison sentence, an individual could be ordered to pay a large fine and restitution to the victim of his crime.