Can I receive a ticket if I violate the law on driving in a high occupancy vehicle lane? 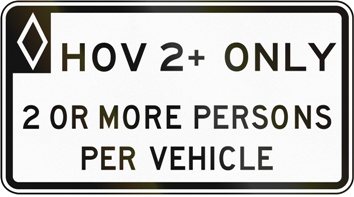 You are only allowed to drive in a high-occupancy vehicle lane (HOV) in Charlotte if you have the required number of occupants in your vehicle. If you drive in an HOV lane when you are not permitted to do so, you could receive a traffic ticket with punishments that include a hefty fine and points on your driver’s license.

What Are the Rules on Using an HOV Lane?

High occupancy vehicle lanes are used to reduce the terrible traffic congestion on N 1-77 and other highways and roads in Mecklenburg county. They are designed to cut down on single-occupancy vehicles and encourage commuting. Some of the benefits of HOV lanes include:

Only certain vehicles are permitted to drive in HOV lanes, and not all of them must have passengers. These lanes are open to:

Use of an HOV lane is prohibited for these vehicles:

What Are the Penalties for Violating North Carolina’s HOV Law?

If you are pulled over in Charlotte for violating the law on who can use an HOV lane, you could receive a traffic citation. Your punishment can include a $100 fine and two points on your driving record.