When Could Your Vehicle Be Seized If You’re Charged With Speeding to Elude Arrest? 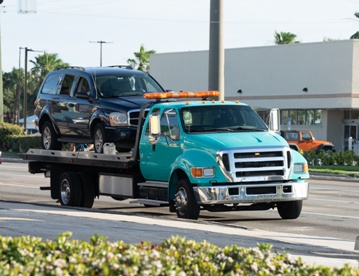 You could be charged with speeding to elude arrest, also known as the “Run and You’re Done” law, if you are operating a motor vehicle when fleeing or attempting to elude a police officer while they are lawfully performing their duties. This crime can be charged as a misdemeanor or felony.

If you are convicted of this offense, you could face a lengthy jail or prison sentence. In addition, you could also have your vehicle seized by law enforcement.

When Is Speeding to Elude Arrest a Felony?

Under N.C.G.S. 20-141.5, speeding to elude arrest can be charged as a felony under certain circumstances. You can be charged with a felony if two or more of these aggravating factors are present:

When Could You Face Aggravated Misdemeanor or Felony Charges?

You could be charged with an aggravated misdemeanor if a person was killed while you were speeding to elude arrest. In this situation, the crime would be a Class H felony.

If there are two or more aggravating factors listed above, you could face aggravated felony charges if a victim was killed while you were fleeing the police. This offense is a Class E felony.

When Can the Police Seize Your Vehicle in Speeding to Elude Arrest Cases?

Law enforcement officials can seize your motor vehicle if you are charged with a felony or aggravated misdemeanor speeding to elude crime under N.C.G.S. 20-28.3. They would have this right even if you were not the owner of the auto you were driving. However, the individual or business who owns it may be able to have it returned to them.

What Happens If Your Vehicle Is Seized by the Police?

If your car is taken by the police, they will have it towed to a local storage facility for a few days. Then it would be taken to the facility of a state contractor, which would most likely be in Charlotte if you were arrested in Mecklenburg county. You would have the right to obtain your personal property in the vehicle if you provide proof that you are the owner of the vehicle or the property.

You may be able to obtain the return of your vehicle if you were not found guilty of aggravated misdemeanor or felony speeding to elude arrest charges. However, you would have to pay the towing and storage fees before the vehicle would be released to you.

The court would conduct a forfeiture hearing if you are convicted of aggravated misdemeanor or felony speeding to elude arrest to decide the status of the automobile. Unless an innocent owner or business or lien holder establishes their right to have it returned to them, the judge would order the vehicle forfeited to the local school board. They would have the right to sell it and keep the proceeds from the sale.

In some cases, the vehicle could be transferred to the local school board and be sold prior to the trial in a speeding to elude the police case. The state contractor storing it could sell it in an expediated sale without a court order if the towing and storage fees exceeded 85% of the vehicle’s value. They would also have this right if your car was stored by them for more than 90 days and was worth less than $1,500.

Consult With a Criminal Defense Lawyer in Charlotte

If you have been charged with speeding to elude arrest, you may have strong defenses that could result in the charges being dismissed or reduced to a less serious offense. However, you need an experienced criminal defense attorney to identify the defenses that will work in your case and to help you get your vehicle returned to you. To learn how we will aggressively fight the charges you face, call our Charlotte office to schedule your free consultation today.