In North Carolina, people are expected to pull over and stop when the police turn on their sirens or flashing lights. When motorists speed away from the scene instead, they can face speeding 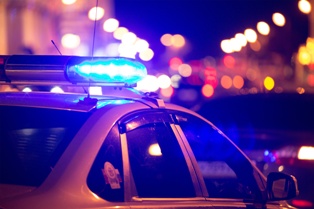 to elude arrest charges. These offenses are often committed during the commission of another offense and are additional charges that can be brought against a person.

It is a serious crime to be charged with speeding to elude arrest, and you could face misdemeanor or felony charges. The penalties for both include possible imprisonment, and you would also have a permanent criminal record that could affect many aspects of your life in the future—including your ability to obtain a job, housing, and professional license. If you are facing these charges, our experienced criminal defense attorneys can help you build a strong defense so that you achieve the best outcome possible given your situation.

In 2010, the North Carolina legislature enacted the “Run and You’re Done” law, also known as speeding to elude arrest. This makes it a crime to speed away from police in an attempt to stop them from doing their job. To be found guilty of misdemeanor speeding to elude arrest, a person must have operated a motor vehicle on a street, highway, or public highway while fleeing or attempting to elude a police officer who is lawfully performing his duty.

This is a Class 1 misdemeanor, and the punishment will be one of three sentencing ranges that are based on whether there are any prior convictions and other factors. Upon conviction, a person could be sentenced to the following:

Upon conviction, a person would be sentenced under North Carolina’s structured sentencing system. The class of the felony, the person’s prior convictions, and aggravating and mitigating factors would be considered by the judge when deciding the actual sentence. In general, a person could face these punishments:

When Can You Be Charged With Aggravated Misdemeanor or Felony Speeding to Elude Arrest Charges?