How to Get DWI Charges Dismissed in Charlotte 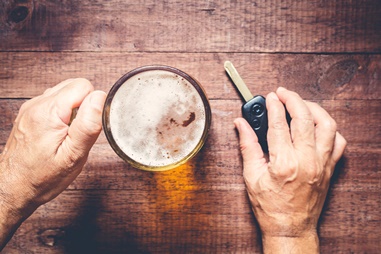 If you have been charged with driving while intoxicated (DWI) in North Carolina, you may wonder if it is possible to get the charges against you dismissed. This is understandable given the harsh punishments and long-term consequences you face if convicted.

Fortunately, some DWI charges can be dismissed in Mecklenburg County. Many of these dismissals occur if there are procedural errors or mistakes in the collection of evidence.

There are a number of reasons you could be arrested for DWI in our state. Under N.C.G.S. 20-138.1, you could face charges for the following:

Can the Charges Be Dismissed If You Have a Clean Record?

Unfortunately, having a clean criminal record will not help you get the charges against you dismissed. However, it may help you obtain a more lenient sentence if you are convicted. In addition, if you have any prior DWI convictions on your record, you could receive a harsher punishment.

Errors That Could Result in Your DWI Charges Being Dismissed

There are a number of mistakes the police could make that may help you get the DWI charges dismissed. In addition, you may be able to file a motion to suppress crucial evidence being used against you that could weaken the prosecutor’s case against you enough that they cannot meet their high burden of proof to convict you. Here are some common errors that might help in your defense.

You may be able to get the charges dropped if you can show that the police did not have reasonable suspicion to pull you over. In order to have reasonable suspicion to stop somebody, the police must base their decision on objective facts and not a gut feeling that the driver did something wrong. In determining whether they were justified in pulling you over, a skilled DWI attorney will consider whether you were doing something wrong, such as:

If there was no reasonable suspicion to stop you, this could be strong grounds to get all the evidence against you suppressed, and the charges against you dismissed.

Another way to get your DWI case dismissed is to show that the evidence being used against you was obtained unlawfully. You are protected against unlawful searches and seizures under the Fourth Amendment.

This means that the police could not search you or your vehicle without probable cause or take evidence unless it was in plain view. If they violated this law or did not have valid grounds to stop you in the first place, you may be able to successfully argue that all the evidence they collected should be suppressed.

If there were errors in how the police handled blood or urine samples taken when you were arrested, you could argue that there was a break in the chain of custody. The chain of custody is the process of tracking the movement of evidence from the time it is collected, analyzed, and presented as evidence in court. If there was any mistake in how this evidence was handled, the test results could be invalid and inadmissible in your DWI court case.

Law enforcement officials must be properly certified and follow strict procedures when administering a breathalyzer test. In addition, the machine must be regularly calibrated. You may be able to challenge the accuracy of the test results if these rules were not followed precisely.