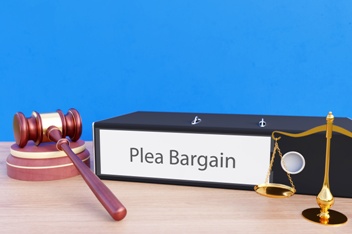 You face harsh consequences if you are arrested for DWI in Charlotte. Your punishment can include a jail sentence, fines, and driver’s license suspension, and you would have the long-term consequences of having a permanent criminal record. One option may be to enter into a plea bargain to avoid some of the stiff ramifications of being charged with DWI.

A plea bargain is an agreement between the defendant and the prosecutor to resolve a criminal case in exchange for the accused entering a guilty plea. This can involve the following:

A plea agreement must be approved by the judge before it can be finalized. The benefit of plea agreements to a prosecutor and judge is that it helps resolve their large caseloads. It also can be beneficial for a person accused of DWI because it gives him certainty on the outcome of his case and can save on the costs of taking his case to trial.

Unfortunately, the ability to enter into a plea bargain in a DWI case in North Carolina is limited. This is because the prosecutor must state detailed facts on why he agreed to a plea agreement in any case involving North Carolina’s implied consent law that requires a driver to submit to a blood or breath test or a DWI charge where the accused’s driver’s license was suspended. The prosecutor must show that the reduction is necessary because justice requires it, or there is inadequate evidence in the case.

While the option of entering into a plea agreement is limited in Charlotte, it is not impossible to get the prosecutor and judge to agree to this. The best way to increase your chances of getting a favorable plea bargain is to retain an experienced DWI defense lawyer who can determine your defenses, which you can have even if you believe you are guilty, and mount a strong defense strategy to fight them. He can also advise you whether entering into a plea agreement or fighting to get the charges dismissed is your best option.