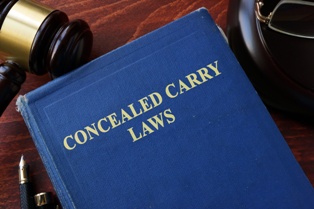 Under the Constitution of the State of North Carolina, a citizen’s right to bear arms is protected. However, this does not give you the right to carry a gun or other weapon in all situations and at all places—even if it is concealed. When carrying a concealed weapon, you must have a permit and follow other laws governing where it may be carried. If you violate the law, you could face serious misdemeanor or felony charges that could result in a prison sentence and a permanent criminal record if you are convicted.

In our state, it is a crime to carry a concealed weapon, such as a gun or pistol, without a concealed gun permit unless you are at your home. It is considered concealment if the weapon in your vehicle, such as in a glove compartment, on your body, or near your body if it is hidden from the view of others.

Who Is Ineligible for a Concealed Carry Permit in North Carolina

Some people will not qualify to receive a concealed weapon permit in North Carolina. They include:

You could be charged with a misdemeanor or felony for carrying a concealed weapon without a permit. Keep in mind that there are other separate offenses that you may be charged with for violations of other laws, such as carrying a firearm onto school grounds or in a courtroom.

North Carolina follows a complicated sentencing structure, with the length of punishment and severity being based on certain factors that include a person’s prior criminal record. You could face these punishments if convicted of violating the concealed firearms permit statute: