What Gun Offenses Could You Be Charged With in North Carolina? 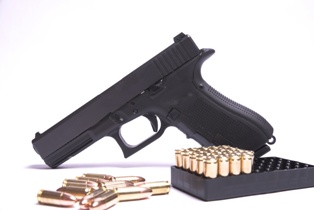 Although the United States Constitution guarantees the right to bear arms, it is not an absolute right. Both North Carolina and federal laws regulate the sale, possession, and distribution of guns. In some cases, a person can be completely barred from owning or possessing a firearm. If you are facing weapon charges in our state, you could be charged with a serious misdemeanor or felony charge that could carry a lengthy prison sentence if convicted. In addition, you would have a permanent criminal record that could affect many aspects of your life after you complete your sentence. To avoid these possible harsh penalties, you need to retain an experienced criminal defense attorney as soon as possible to fight for your rights in court.

Some gun offenses are misdemeanors, but many are more serious felonies. In addition, if a person commits another crime with the use of a gun or other deadly weapon, he could face aggravated penalties and a longer prison sentence. Here are some weapon offenses in North Carolina:

There are many other gun offenses that a person can be charged with committing:

Sentencing after a conviction for a felony gun offense is more complicated and is based on the points assigned based on the seriousness of the offense and the person’s prior criminal record. The sentence will be lower if an individual falls within the mitigated ranges and higher if he is considered in the aggravated range. Possible felony prison sentences include: