Carrying a Gun at CTL Airport: Know the Rules So You Are Not Charged With a Crime 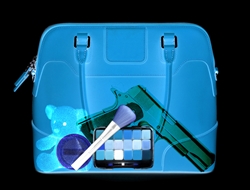 The Charlotte Douglas International Airport (CTL) is one of the busiest airports in the country. It is also an airport where the laws on carrying a gun into the airport are taken very seriously. People who violate the laws can have their guns confiscated and may be arrested. This can result in very serious consequences for a person’s life once he has completed his sentence, including the loss of his gun, the loss of his permit to carry a gun, and a permanent criminal record. To prevent an inadvertent mistake turning into a disastrous criminal situation, you should know the gun laws at the CTL airport if you plan to travel with a gun.

What Are the Laws on Carrying a Gun at the CTL Airport?

North Carolina is a concealed carry state, which means that a resident can carry a concealed weapon in many places throughout the state. In order to carry a gun, a person must obtain a Pistol Purchase Permit or a Concealed Handgun Permit. However, even with this permit, he must follow specific North Carolina and federal laws when carrying a gun into the CTL airport. It is unlawful to carry the following into the CTL airport under state law:

There are exceptions to this rule that allow guns to be brought into the airport. These include the following:

Unfortunately, people sometimes unintentionally do not realize that they are violating this law. It is a violation of the law to do the following:

What Are TSA Laws Regarding Carrying a Gun in the Airport?

There are also federal laws prohibiting people from carrying a gun, other weapon, or ammunition into the CTL airport or any other airport. The Transportation Security Administration (TSA) prohibits anyone from carrying flares, gun powder, and gun lighters into the airport. Guns and other gun-related items that can be stored in checked-in luggage, but not carried on a person or in carry-on luggage include:

You must also check and comply with the specific rules of the airline you are using as to their rules for checking in any weapon or ammunition.

What Are the Penalties for Conviction of Carrying a Gun at the CTL Airport?

If you are arrested for carrying a gun at the CTL airport, you could face state or federal gun charges. You could also face the following penalties: