Defenses That Could Help You Fight a Speeding Ticket 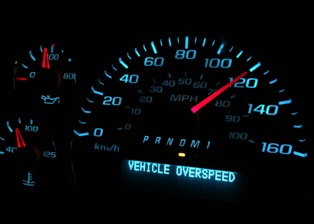 If you receive a speeding ticket, you do not just want to pay the fine. You would be pleading guilty to speeding. In addition, you could face long-term consequences, such as points on your driving record, higher insurance costs, and a possible permanent criminal record. The better option may be to retain an experienced speeding ticket attorney who can raise your defenses to get the ticket dismissed or reduced to a less serious offense.

North Carolina is a basic speed law state. This means that it is a violation of the law to drive at speeds that are unreasonable for current conditions. Some common speeding violations that you could be charged with violating include:

Common Defenses to a Speeding Ticket

There are a number of defenses that you may be able to raise that could get your speeding ticket dismissed or reduced to a less serious infraction. Some of these defenses can be used whether or not you were speeding. Common defenses that could help you fight the charges include:

Let Us Handle Your Traffic Ticket