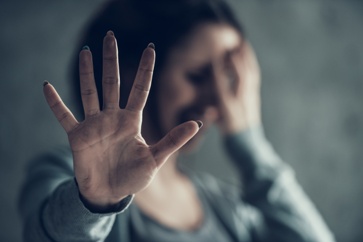 Assault on a female is a serious misdemeanor offense in North Carolina and carries more severe penalties than simple assault and battery. If you have been arrested and charged with this crime, you need to treat your situation very seriously. You may face a jail sentence and fine and will have a permanent criminal record if you are convicted.

What Is the Crime of Assault on a Female?

North Carolina General Statute § 14-33(c)(2) specifies when the offense of assault on a female has been committed. Under this law, an individual who commits an assault, assault and battery, or affray is guilty of a Class A-1 misdemeanor if he is a male over 18 years old and assaults a female, and there is no other law that provides a greater punishment. Although this crime can be committed in a domestic situation, this is not always the case. However, if the man and woman are in a relationship, assault on a female can be charged with other domestic violence crimes.

In order to understand when this crime is committed, it is important to know what the crimes of assault, battery, and affray are. Under North Carolina law, these crimes are defined as:

Does the Female Have to Be Injured for Assault on a Female to Be Charged?

No. The female does not have to suffer any injuries for a male to be charged with this offense. It is sufficient for the prosecutor to prove that the accused attempted to inflict an injury on the victim or put her in fear of being hurt.

What Punishments Could You Face for Assault on a Female?

Assault on a female is a Class A1 misdemeanor—the most serious misdemeanor offense in North Carolina. Under our state’s complicated sentencing system, your punishment will depend on a number of mitigating and aggravating factors, such as your prior criminal convictions, age of the victim, and seriousness of the injuries inflicted.

There are three levels of punishment in our state: active, intermediate, and community punishment. Here are the sentences you may face if convicted of assault on a female: