What Does it Mean to Be Charged With Simple Affray? 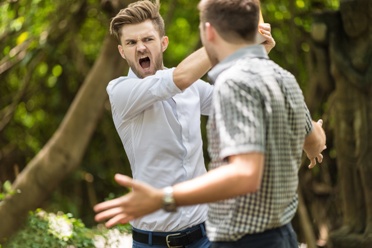 Simple affray is a crime that you may never have heard of before—until you are arrested for it. It is an assault and battery crime that is charged as a misdemeanor in North Carolina. If convicted, you face stiff penalties and the long-term consequences of having a permanent criminal record.

What Does it Mean to Be Charged With Simple Affray?

Simple affray is generally a fight between people in a public place that causes others to be afraid. It is often charged when there are no injuries or minor injuries that do not require medical attention. The prosecutor would need to prove the following beyond a reasonable doubt:

Scenarios when simple affray could be charged are arguments between two people at a bar, party, or on the street that escalates into a fist fight, and there is a danger that friends or bystanders could join in the brawl.

Simple affray is a Class 2 misdemeanor offense in North Carolina. If convicted, you could be sentenced to up to 30 days in jail and a $1,000 fine. If the injuries were more serious or the fight involved other factors, you may be charged with a more serious crime, such as domestic violence or assault with a deadly weapon.