Sexual Battery Is a Serious Offense in North Carolina 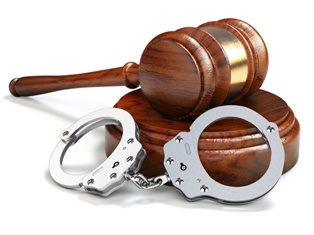 Sexual battery is often a misunderstood and confusing crime in North Carolina. It is treated as a serious offense that comes with long-term consequences, such as a permanent criminal record and being placed on the North Carolina Sex Offender Registry. If you have been arrested for sexual battery, you need to retain an experienced Charlotte criminal defense attorney as soon as possible for assistance in building a strong defense to the charges that you face.

What Is Sexual Battery Under North Carolina Law?

In North Carolina, sexual battery is engaging in sexual contact with the victim against his will or through the use of force for the purpose of sexual arousal, sexual gratification, or sexual abuse. An individual can also be charged with this crime if the victim is physically helpless, mentally incapacitated, or disabled and the accused person knew or should have known this. Sexual contact is defined as:

Examples of sexual battery include:

Is Sexual Battery the Same as Sexual Assault?

Penalties You Could Face If Convicted of Sexual Battery

Sexual battery is a Class A1 misdemeanor in North Carolina. If convicted you could be sentenced to up to 150 days of active, intermediate, or community punishment under the state’s sentencing guidelines. If this is your first offense, your sentence would most likely be for one to 60 days. The level of your punishment would be based on your prior criminal history. Here are the possible sentences for each level:

Will You Be Placed on the Sex Offender Registry?

Another harsh penalty of being convicted of sexual battery is that your name would be placed on the North Carolina Sex Offender Registry for between 10 and 30 years. In order to get your name removed from the registry after 10 years, you may have to file a special petition with the court. There is no guarantee that your request would be granted.