Can I be charged with DWI as a felony in North Carolina?

In general, driving while intoxicated (DWI) charges are classified as misdemeanors in North Carolina. However, you should not treat a misdemeanor DWI charge lightly. A DWI misdemeanor conviction can come with heavy penalties, such as a jail sentence, large fines, community service, and 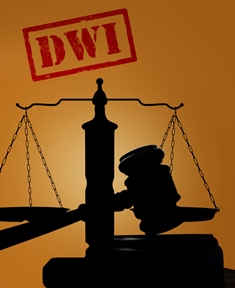 suspension of your driver’s license. You would also have a criminal record for the rest of your life that could impact on your ability to find a job, obtain a loan, and more, so the long-term consequences of a DWI should not be overlooked.

In addition, DWI misdemeanor convictions could lead to charges of felony DWI or other DWI-related felony charges in certain situations. These are very serious charges, and a conviction can result in even stiffer penalties—including a mandatory prison sentence. If you are charged with any DWI—misdemeanor or felony—you need to contact an experienced criminal defense attorney as soon as possible to guide you through the process and help build your defense. Even if you believe that you are guilty, there could be many defenses in your case that could result in a dismissal of the charges or a reduction to a less serious offense.

DWI can be a felony in North Carolina, and the offense is habitual DWI. You can be charged with this crime if you were driving while impaired and were convicted of three or more other offenses involving DWI within 10 years of the date of this offense. These offenses include:

If convicted of this crime, you face a mandatory prison sentence of 12 to 59 months, possible permanent suspension of your driver’s license, and seizure of the vehicle that you were driving when you were arrested if certain requirements are met. You may also be required to go through an alcohol treatment program while in jail in order to be paroled.

What Other Felony DWI Charges Could You Face?

Unfortunately, you could be charged with an even more serious felony DWI or a misdemeanor offense if you injured or killed someone when driving while impaired. Some of the charges you could face include: