Can North Carolina’s First Step Act help me if I am charged with drug trafficking?

In June, 2020, North Carolina’s First Step Act was enacted, and it went into effect on December 1, 2020, to reduce the harsh penalties associated with certain felony drug crimes. It may help you if you are facing sentencing for a drug offense or were already convicted and are serving a prison sentence. However, you should retain an experienced criminal defense lawyer to mount a strong defense strategy to the drug charges you face and determine if you are eligible for reduced punishments under the First Step Act if you are convicted. 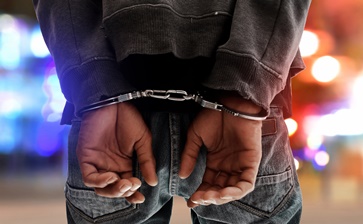 Our state’s new law was passed after the Federal First Step Act went into effect. The federal law was signed into law in 2018 to give defendants convicted of some federal drug crimes relief. Although the laws have the same name, they are different. The Federal First Step Act reduces the sentences for certain drug crimes, allows convicts to be housed in prisons close to their families, and permits compassionate releases from prison.

Who Is Eligible Under the First Step Act?

The First Step Act only applies to defendants who have been sentenced on or after December 1, 2020. However, there is an exception that allows some inmates serving a sentence for drug trafficking to have their sentence reduced if they have no other felony convictions, and the amount of drug trafficked was in the lowest category for that drug. They must file their motion within three years of December 1, 2020.

The First Step Act has very specific requirements that must be met for a defendant sentenced after the law went into effect to obtain a reduced sentence. Under the law, these requirements must be met:

How to Obtain a Reduced Sentence Under the First Step Law

In order to obtain relief under this new law, a defendant would need to file a motion to request that their sentence be reduced. The prosecutor would have 60 days to respond to the motion and show why the defendant does not qualify for a reduced sentence under the First Step Act. A hearing would then be held where the judge would make a decision on whether the motion should be granted.

Do you have questions about whether you can obtain a reduced sentence under the First Step Act? Have you been charged with a drug or other crime in Mecklenburg County? You need the help of a knowledgeable criminal defense attorney if you want to mount an effective defense to the charges you face or to receive a reduced sentence under this new law. Call our Charlotte office to schedule a free consultation to learn what to expect in your criminal case and how we can assist you.