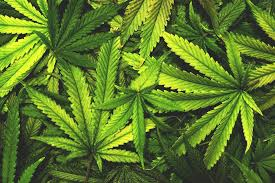 As you may have experienced if you were charged with a misdemeanor marijuana drug crime, most often these arrests and citations come after being stopped by the police for an alleged motor vehicle violation, such as speeding or having an expired registration tag. If this is your case, it’s likely that once the police officer approached your vehicle, they informed you that they smelled the odor of marijuana. The odor of marijuana can often give the police the probable cause they need to search your vehicle, and possibly your person. As a result, the search is performed, the marijuana and/or drug paraphernalia is found, and you are arrested or cited with possession of marijuana and/or drug paraphernalia.

So what is next? Let’s begin by looking at the specifics of the various misdemeanor marijuana drug crimes you may be charged with.

Misdemeanor Possession of Marijuana is a possession offense defined under North Carolina General Statute (N.C.G.S.) 90-95(a)(3). Specifically, this statute makes it a crime for you to

to understand what they really mean, let’s take a closer look at each of these terms.

Knowledge:  Essentially, knowingly means that you were aware of the activity that you were engaged in; here, possessing marijuana. Here is an example. If you knowingly agree to hold a friend’s bag, but unknown to you the bag contains marijuana, you likely have not knowingly possessed marijuana.

Now that you understand the important terms associated with Misdemeanor Possession of Marijuana, let’s look at the different types of misdemeanor drug charges you may be charged with. There are two misdemeanor marijuana charges in Charlotte, and throughout North Carolina. The amount of marijuana you are alleged to have possessed will determine the type of crime you are charged with.

Class I Felony Possession of Marijuana: It becomes a felony if you are alleged to have knowingly possessed anything greater than 1 ½ ounces of marijuana.

Possession of Drug Paraphernalia is made unlawful through N.C.G.S. 90-113.22. This North Carolina statute makes it a crime for you to:

If you or a loved one is facing a Misdemeanor Possession of Marijuana and/or Misdemeanor Drug Paraphernalia charge in North Carolina, you may have options other than just pleading guilty. Some, but not all, of those options are listed below.

Approved Drug Education Program: In Mecklenburg County, North Carolina, you may be eligible to take a drug education program approved by the Mecklenburg County District Attorney’s Office for a voluntary dismissal of your charge. We can talk to the appropriate people to determine if you are eligible for such as program.

90-96 Discharge: Even if you do not qualify to take an approved drug education program for a voluntary dismissal, you may be eligible to have your charge judicially discharged through N.C.G.S. 90-96.

Trial: Do not automatically assume you are guilty of a misdemeanor drug offense. Did the police officer have a lawful reason to stop you? Were you or your vehicle searched illegally? These, as well as many others, could be reasons your charge should be dismissed.

Expungements: Whether your misdemeanor drug offense is ultimately dismissed or not, there may be options to ensure you keep a clean criminal history. Not doing so may have lifelong educational and employment repercussions.