What Penalties Could You Face If Convicted of a Heroin Crime in North Carolina? 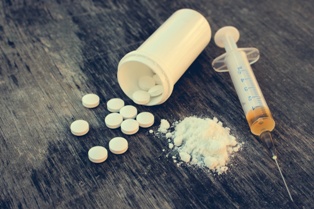 Possession or distribution of heroin are some of the most serious drug offenses in North Carolina. You would be aggressively prosecuted and could face years in prison if you are convicted. However, you may be able to get the charges dismissed or reduced if you have the help of an experienced criminal defense attorney in Charlotte.

Heroin Is a Schedule I Drug

Possession of heroin is a Class I felony. Under North Carolina sentencing guidelines, your sentence would depend in part on your prior criminal record. The punishment could include three to twelve months in prison, a fine, and loss of your driver’s license.

Possession With the Intent to Distribute or Deliver Heroin Penalties

If you are arrested with a large amount of heroin in your possession, you may be charged with possession with intent to sell or deliver (PWISD) the heroin. This is a Class H felony with a prison sentence of 4 to 25 months.

You could be charged with a Class F felony if there is evidence that you sold the heroin. If convicted, you would be sentenced to between 8 and 31 months in prison.

You can be charged with trafficking in heroin if you sell, manufacture, distribute, transport, or possess four grams or more of heroin. The penalties are much harsher than for possession or PWISD offenses and include a mandatory prison sentence. It is important to realize that you can be charged with this serious crime for the mere possession of four grams or more of heroin with no evidence that you were selling, manufacturing, or distributing the drugs.

Trafficking in heroin is a felony, but the classification will depend on the quantity of heroin you possessed. For a first offense, you could be sentenced as follows: