What Crimes Could You Be Charged With If You’re Caught in Possession of Ecstasy? 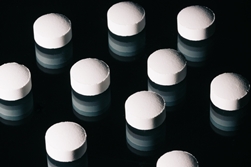 criminal record for the rest of your life. If you are found in possession of large quantities of ecstasy, you could also be charged with federal felony charges.

While it can be much more challenging to defend against ecstasy charges than possession of marijuana, you could have defenses that may result in the charges being dismissed or reduced to a lesser charge. However, you cannot expect to achieve this outcome unless you retain an experienced criminal defense attorney who can investigate the facts surrounding your crime and help build your defense.

Ecstasy is an illegal drug that acts as a stimulant and psychedelic. Its active ingredients include methylenedioxymethamphetamine (MDMA or MDA), but other illegal substances are also often found in it when it is analyzed. Ecstasy is usually ingested in capsule or pill form.

What Crimes Could You Be Charged With If You Are Found in Possession of Ecstasy?

North Carolina drug schedules divide controlled dangerous substances into six schedules, with Schedule I being the most dangerous drugs that have no medical purpose and a high probability of abuse and addiction. Ecstasy is a Schedule I drug. Felonies are classified by letters A through I, with Class A felonies being the most serious. If you are arrested and found to be in possession of ecstasy, you could be charged with one or more of these crimes:

What Penalties Could You Face?

While North Carolina law has guidelines on sentences for different classes of felonies, your sentence in part will be based on your prior criminal history. However, knowing the range of possible sentences can be helpful. You could be facing the following prison sentences: