What Cocaine Possession and PWISD Crimes Could You Be Charged With in North Carolina?

How Does Cocaine Charges Differ From Marijuana Charges? 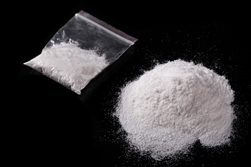 Cocaine is a highly addictive drug and much more addictive than marijuana. Therefore possession of cocaine is treated more harshly than possession of marijuana in North Carolina. Marijuana possession is often a misdemeanor crime with fines and probation as the most common sentence. Rarely will a misdemeanor marijuana conviction result in a person being sentenced to jail. In Mecklenburg County, North Carolina, an individual may even be able to take an approved drug education program in exchange for a dismissal of marijuana possession charges.

In contrast, the charges of simple possession of cocaine is a felony, and a conviction can result in you being sentenced to prison and having to pay a fine. You could also have a criminal record for the rest of your life.

Charges and Penalties for Possession of Cocaine in North Carolina

Controlled substances are classified in Schedules I through VI depending on the dangerousness of the drug, the chances of it being abused, and whether it has any medicinal purposes. Schedule I drugs are the most dangerous. Cocaine is considered a Schedule II drug.

In addition, felonies are classified into letter groups from A to I, with an A felony conviction being the most serious. Possession of cocaine is the least serious charge you could be charged with and is a Class I felony—but it still comes with long-term consequences. To be convicted of this crime, the prosecutor must prove that you knowingly possessed cocaine. The possession can be actual or constructive. The following guidelines apply to whether you are considered in possession of cocaine:

What PWISD Cocaine Charges Could You Face?

Possession with the intent to sell and distribute cocaine is a much more serious charge. You can be charged with this crime if you knowingly possess cocaine with the intent to sell or deliver it. PWISD is a Class H felony. In order to be found guilty of PWISD Cocaine the State of North Carolina has to prove that you possessed cocaine with the intent to sell or deliver it to someone else. The State of North Carolina will say that you intend to sell cocaine or deliver cocaine if you possess more than a single dose of cocaine or, if in addition to being found with cocaine, you were also found with items that are associated with the sale and delivery of cocaine such as baggies, scales, and other drug paraphernalia. If you are convicted of a Class H felony, you face up to 39 months in jail for your first offense and significant monetary fines.