What defenses could I raise if I was charged with hit and run driving?

A hit and run offense is a serious crime in North Carolina, and there is more than one way a driver can violate this law. If you have been arrested for causing a hit and run accident, you could be facing a lengthy jail or prison sentence and large fines. In addition, you would have a permanent criminal record that can affect your 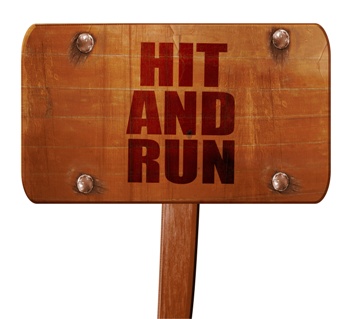 ability to obtain a job, housing, education and more.

If you want to avoid the harsh consequences you face, you need to retain an experienced traffic ticket lawyer as soon as possible. They can mount a strong defense that may result in the charges being dismissed or reduced to a much less serious offense.

What Is a Hit and Run Offense?

Hit and run can be charged as a misdemeanor or felony in North Carolina. There are six ways that a person can commit this offense in our state. Under N.C.G.S. 20-166, it is a crime to do the following:

Penalties for Hit and Run

North Carolina follows a complex sentencing system that takes into account the circumstances of the crime and the defendant’s past criminal history. If convicted, an individual could face these penalties:

In addition to these penalties, a defendant could have their driver’s license revoked for up to two years without the right to obtain a restricted license.

Defenses to Hit and Run Offenses

At Browning & Long, PLLC, our knowledgeable lawyers are former prosecutors who understand how the prosecution will try to convict someone charged with a hit and run crime. We know how important it is to thoroughly investigate the circumstances surrounding a hit and run arrest to develop a defense strategy tailored to achieve the best result for our clients. Here are some defenses that can work in these cases—even if you believe you are guilty.

Knowledge is a key element that the prosecutor must prove to convict you of causing a hit and run accident. Depending on the facts of your case, you may be able to argue:

Depending on your situation, you may be able to argue that you only left the scene temporarily and intended to return. You would need to show that you had a legitimate reason for leaving.

Responding to an Emergency

If you got in a hit and run accident while driving due to an emergency, you may be able to argue that this was a valid reason not to stop. This defense could work if you were driving to the hospital or urgent care facility due to a medical emergency someone else or you were experiencing or you had another family or other crisis.

In a hit and run accident, the accused must be identified by the police, victim, or witnesses in some fashion. It may be possible to challenge your identification as the person who committed the crime even if you believe you are guilty.

Unfortunately, the police make mistakes and sometimes falsely accuse people of a crime they did not commit. If you are innocent of causing a hit and run accident, proving that you were falsely accused could result in the charges against you being dismissed.