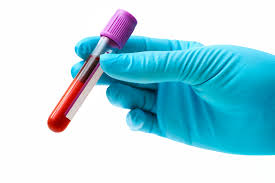 The Fourth Amendment and Blood Draws in NC DWI Cases

Before embarking on a journey down the complicated and twisted road of all that is blood draws in North Carolina DWI cases, it is worthwhile to have a brief constitutional lesson. You see, the Fourth Amendment protects us from unreasonable searches and seizures of not only our houses, papers, and effects, but also our persons, including our blood. Generally, this means that the police cannot physically intrude on these constitutionally protected areas in order to obtain information; however, this is not an absolute protection. That’s because the Fourth Amendment also allows the police to obtain a search warrant to search these constitutionally protected areas and seize the evidence gathered from the search. Additionally, there are circumstances under which the police may search these constitutionally protected areas even without a search warrant. With regard to blood draws, those exceptions include your consent and exigent circumstances.

With that, like the majority of states, North Carolina has implied consent laws (N.C.G.S. 16.2 and N.C.G.S. 20-139.1). The purpose of implied consent laws is to make it easier for the police to collect evidence of your impairment through chemical testing, including blood draws. Implied consent laws essentially attempt to force you to submit to a breath test or blood test by obtaining your “consent” to perform such testing, but only after notifying you that if your refuse to submit to the testing there will be consequences, such as driver’s license revocation and the fact that your refusal will be admissible at trial.

Because of North Carolina’s implied consent laws, there are two schools of thought as to whether your consent is actually given freely and voluntarily when you agree for the police to withdrawal your blood. They include the following:

Let’s take a look at exactly what North Carolina’s implied consent laws require before the results of any blood test are admitted at trial.

As discussed, a consensual blood draw indicates that you gave consent, or permission, for the government to collect a sample of your blood. While a police officer may collect a sample of your blood through a blood draw with your permission, the results of the chemical analysis performed with your blood is only admissible at trial if the officer, and others, follow the procedures set forth in North Carolina’s implied consent statutes.

When a police officer has reasonable grounds to believe that you have committed an implied-consent offense in North Carolina, including DWI, the officer may obtain a chemical analysis from you, including a blood draw. However, before doing so, under N.C.G.S. 20-16.2(a) you must be notified, orally and in writing, of certain implied consent rights before being asked to submit to a blood draw. Those rights include the following:

If the police officer fails to advise you of these implied consent rights, the results of the blood draw are not admissible during your trial. This means the chemical analyst will not be allowed to testify to the court about the numerical results of your blood alcohol concentration.

Additionally, if you were first requested to submit to a breath test, you may have also been informed of these exact same rights if the chemical analyst, who is typically the police officer, followed the proper procedures. However, if you were later requested to submit to a blood test, the officer must re-advise you of these implied consent rights before the blood draw actually takes place. Again, if you are not re-advised, the results of your blood test will be suppressed.

The other highly litigated exception to the requirement that a search warrant be obtained before your blood is drawn during a DWI investigation in North Carolina is the existence of exigent circumstances. With regard to exigent circumstances, the general rule is that where evidence would dissipate, or disappear, in the time it would take to get a search warrant, the police may perform the search without first obtaining a search warrant. Thus, in the context of a DWI investigation, the government will argue that a blood draw, the search, should be able to be performed without first obtaining a search warrant because your blood alcohol concentration, the evidence, will dissipate in the time it takes an officer to go get a search warrant. Let’s take a look at what the courts say about this issue.

The leading case on whether the dissipation of alcohol is considered an exigent circumstance in DWI cases was decided by the United States Supreme Court in Missouri v. McNeely. In McNeely, the defendant was stopped by a Missouri police officer for speeding and crossing the centerline. After being arrested for DWI, the defendant refused to take a breath test to measure his blood alcohol concentration. As a result, the officer took him to a nearby hospital for blood testing. The defendant refused to submit to the blood test and the officer never secured a valid search warrant. Even so, the officer directed a lab technician to take a sample of the defendant’s blood. The defendant’s blood tested well above the legal limit.

The United States Supreme Court ruled that the natural dissipation of alcohol in a person’s bloodstream, standing along, does not constitute an exigency in every impaired driving case sufficient to excuse the Fourth Amendment’s warrant requirement. Thus, based on the totality of the circumstances of this case, the nonconsensual, warrantless blood test violated the defendant’s right to be free from unreasonable searches of his person.

Since McNeely, North Carolina’s courts have had to decide similar cases where the police directed a nonconsensual, warrantless blood sample be taken of a defendant’s blood. The following cases look at how North Carolina courts have handled cases that were similar to McNeely.

The officer testified that he made the decision to go directly to the hospital to have a blood sample taken instead of obtaining a search warrant for the following reasons:

Based on the totality of the circumstances – including, but not limited to, the distance from and time needed to travel to the magistrate and the hospital, and the officer’s knowledge of the approximate wait time at each place – the Court in Dahlquist ruled that the facts of this case gave rise to an exigency sufficient to justify a nonconsensual, warrantless search of the defendant’s body.

The officer testified that he did not first obtain a warrant for the following reasons:

In this case, the North Carolina Court of Appeals ruled that exigent circumstances justified the nonconsensual, warrantless withdrawal of the defendant’s blood. The circumstances that distinguished Granger from McNeely were the fact that an hour and a half had passed since the defendant last drove, it would have taken an additional 40 minutes to obtain a warrant, and it was impractical for the lone investigating officer to leave the defendant unattended in the hospital.

Determining what is considered exigent circumstances sufficient to bypass the Fourth Amendment’s search warrant requirement is an evolving area of the law that, as you can see, must be examined on a case by case basis. As it should be, this area of the law will continue to be highly litigated in DWI cases. If you were charged with DWI and a sample of your blood was taken, it is imperative that you contact a Charlotte, North Carolina DWI lawyer at Browning & Long, PLLC to discuss the specifics of your case.

Incapable of Consenting or Refusing

In North Carolina DWI cases, a person is most commonly incapable of consenting to or refusing a blood test where they are unresponsive or unconscious. This typically occurs in DWI accident cases. That is, the person suspected of driving while impaired has been involved in a vehicle accident that has left them unconscious and unable to respond. As a result, they are transported to the hospital where the police often direct medical personnel to perform a blood draw on the unconscious person. But can they?

N.C.G.S. 16.2(b) speaks directly to this issue. This statute essentially allows an officer who has reasonable grounds to believe that you have committed a DWI to direct a nurse, or other qualified medical personnel, to draw your blood if you are unconscious or otherwise incapable of refusing the blood draw. This blood draw may be performed without notifying you of your implied consent rights listed above.

However, recently the North Carolina Court of Appeals ruled in State v. Romano that the warrantless withdrawal of blood from an unconscious DWI suspect was unconstitutional in that it was an illegal search and seizure that violated the Fourth Amendment. That is, the police cannot rely on N.C.G.S. 16.2(b) to have a warrantless blood draw performed on an unconscious DWI suspect. Now, if the police are able to obtain a search warrant for the person’s blood, or show they met an exception to the requirement of search warrant, the blood may still be drawn.

Contact a Charlotte DWI Attorney To Discuss Your Case

Speak To An Attorney