You Could Face Harsh Penalties If Convicted of Domestic Violence 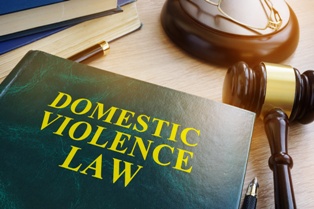 Unfortunately, many residents in Charlotte are the victims of domestic violence. As a result, this crime is aggressively prosecuted in our community—sometimes overzealously. If you have been arrested for domestic violence, you need the assistance of an experienced criminal defense attorney to avoid the severe penalties you face if convicted.

What Is Domestic Violence in North Carolina?

There is no specific crime of domestic violence in our state. It can be charged under a number of criminal offenses, such as simple assault, assault on a female, assault with a deadly weapon, and assault by strangulation. These crimes are considered domestic violence when the assault is committed against certain individuals that the perpetrator has a personal relationship with. They include:

While often charged as a misdemeanor, the offense can be a felony in serious cases.

Simple Assault and Assault on a Female Charges and Penalties

Assault on a female occurs when a male who is 18 years old or older threatens imminent physical harm or has offensive physical contact with the victim. This is a Class A1 misdemeanor—the most serious misdemeanor offense in North Carolina. Upon conviction, a person could be sentenced to 60 days in jail for a first offense and up to 150 days in jail for a second or subsequent conviction.

This crime can be charged as a felony if someone assaults a victim with a deadly weapon with the intent to kill or seriously injure the victim. This is a Class E felony if there was a serious injury or the intent to kill. If both of these elements were present, it would be a Class C felony. Possible sentences for a first conviction include:

Assault by Strangulation Is a Felony Crime

Assault by strangulation is another crime that can be charged when an individual commits domestic violence. This crime a Class H felony. To be convicted, it must be proven that a person committed an assault on the victim that caused physical injury by strangulation. If convicted, a person could be sentenced to between 4 months and 25 months in prison.

Let Us Defend You