What does it mean to waive a traffic offense? 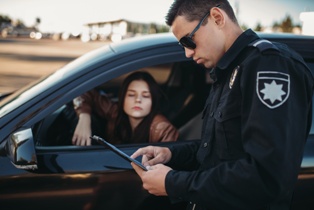 In North Carolina, being issued a traffic ticket is a more serious offense than in other states. For many tickets, you must attend a court hearing in order to learn your punishment. However, if you were given a ticket for certain minor offenses, you have the option of waiving the traffic offense.

Waiving a traffic offense is choosing to resolve your traffic ticket without going to court. You do so by paying the fine and cost before your court hearing. Offenses, when this is permitted, are often referred to as “waivable” offenses because you are waiving or giving up your right to go to court and fight your ticket. You are pleading guilty to the offense, and the court will treat your criminal case as if you plead guilty.

How To Waive A Traffic Ticket

Examples of Traffic Violations That Are Waivable

There are currently over 40 speeding and other traffic offenses where a court hearing can be waived. Some of these include:

How Can You Tell If Your Traffic Ticket Is Waivable?

The police will often note on a traffic citation whether it is a waivable offense, and, if so, the fines and costs that would have to be paid to waive it. In addition, each year the chief district judges review and publish a list of waivable traffic violations. You can find a current waiver list on the North Carolina Judicial Branch website.