Can I be charged with DWI if my BAC was less than 0.08 percent?

Many North Carolina residents are under the misconception that they cannot be charged with DWI if their blood alcohol content (BAC) is less than 0.08 percent. However, this is not true in our state. 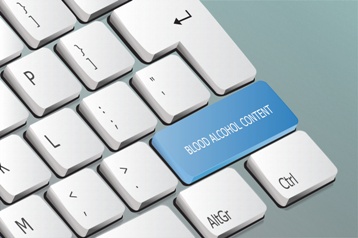 In addition, you could face the same harsh punishments if you are convicted of DWI when your BAC is less than 0.08 percent as you would face if it is over this amount. However, you may have strong defenses that you can use to fight the charges so that they are dismissed or reduced to a less serious offense in a plea agreement with the prosecutor.

When Can You Be Charged With DWI If Your BAC Was Less Than 0.08 Percent?

Under N.C.G.S. 20-138.1, it is against the law to drive a motor vehicle on a street, highway, or other public place while you are intoxicated. One way to violate this law is to drive with a BAC of 0.08 percent or higher. However, a person can also be charged with DWI when their BAC is less than 0.08 percent in the following situations:

When Can You Be Charged With Driving Under the Influence of an Impairing Substance?

If an individual’s BAC is less than 0.08 percent, the police may try to charge them with DWI for driving under the influence of an impairing substance. In order to be convicted, the prosecutor would need to prove that their physical and mental capacities were appreciably impaired because of the consumption of alcohol or other substances, such as methamphetamine, cocaine, or marijuana.

Proving a DWI case based on appreciable impairment will be heavily based on the testimony of the police officer who made the arrest. Here are ways that they may try to prove this:

Penalties for DWI When Your BAC Is Less Than 0.08 Percent

North Carolina uses a complicated sentencing system that takes into consideration a number of mitigating and aggravating factors, such as reckless driving, speeding at least 30 miles over the posted speed limit, and driving with a revoked license. This means that you can face a wide range of punishments when you are sentenced if you are convicted of DWI—even if your BAC is less than 0.08 percent. Here are a few of the punishments you could face:

If you were charged with DWI in Mecklenburg County, you need a skilled DWI attorney who will aggressively defend you. To learn how we can help you, call our Charlotte office to schedule your free, initial consultation.