What are defenses to speeding to elude arrest charges? 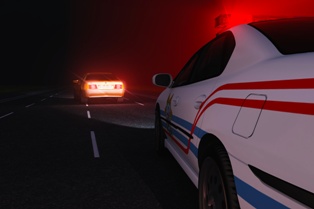 In North Carolina, speeding to elude arrest is a serious offense that can be charged as a misdemeanor or felony. Fortunately, you may have defenses to these charges even if you believe that you are guilty. However, with the assistance of an experienced criminal defense attorney, you may be able to build a strong defense so that the charges are dismissed or reduced to a less serious offense.

What Is Speeding to Elude Arrest?

It is considered speeding to elude arrest to operate a motor vehicle on a highway, street, or public road while fleeing or attempting to flee a police officer who is performing his duties. It can be charged as a felony if at least two of a list of aggravating factors are present. Some of these factors include:

The penalties can include a jail or prison sentence, fines, and driver’s license suspension.

Fortunately, you may have defenses that can help you avoid the harsh penalties that you face. These defenses may result in the prosecutor not being able to meet the burden of proof for you to be found guilty. Some of these defenses include:

These are defenses specific to this crime. You may have other defenses that a skilled attorney can raise for you.