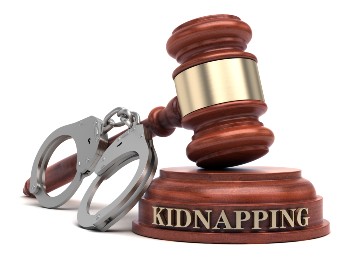 Kidnapping is charged as a serious felony offense in North Carolina. You could be sentenced to a lengthy prison sentence if you are convicted of a kidnapping crime. To avoid these harsh punishments, you need to retain an experienced criminal defense lawyer immediately to raise all your defenses to fight the charges you face.

What Constitutes Kidnapping in North Carolina

The crime of kidnapping is governed by N.C.G.S. 14.39 in our state. To be considered kidnapping, an individual must unlawfully confine, restrain, or move another person from one place to another place without their consent or the consent of their parent if they are under 16 years old. In addition, the purpose of the accused’s actions must be one of the following:

In our state, there are two degrees of kidnapping. Both are charged as felonies.

A person could be charged with first-degree kidnapping if the kidnapped victim was not released to a safe place, was sexually assaulted, or was seriously injured. This offense is charged as a Class C felony.

Key Elements of the Crime

The victim must be confined, restrained, or removed without their consent or the consent of their parent or legal guardian if they are under 16 years old for a kidnapping to have occurred. Dragging a person away when they are kicking, screaming, or otherwise fighting while being restrained is one way their lack of consent can be established. There could also be a lack of consent if the accused convinced the victim to be confined, restrained, or removed through trickery or fraud.

In addition, determining if the victim was restrained can be complicated. A certain level of restraint is inherent when crimes, such as rape and armed robbery, are committed. In these cases, the restraint of the victim may not be considered sufficient enough to justify charging the accused with kidnapping. Factors that would be considered include:

If the victim suffers serious bodily harm, the accused would be charged with first-degree kidnapping. However, the courts have not defined what constitutes serious bodily harm. The victim does not need to be hospitalized to have suffered a serious injury. These factors would be considered in determining if this element of the crime has been established:

If convicted of kidnapping, an individual can face these penalties: