Indecent Exposure Can Be a Misdemeanor or Felony in North Carolina

Being charged with indecent exposure in North Carolina is a bigger deal than you may realize. Even innocent acts, such as urinating behind secluded bushes, could result in you being arrested. You face harsh punishments if you are convicted of this crime.

If you have been charged with this crime, you should contact a criminal defense attorney immediately to develop a strong defense for you. This can result in the charges against you being dismissed or reduced to a less serious offense through a plea bargain with the prosecutor.

What Is Indecent Exposure in North Carolina?

Under N.C.G.S. 14-190.9, indecent exposure is defined as the willful exposure of a person’s private parts in a public place in the presence of one or more persons. It is important to understand what is considered private parts under the law. Private parts are a man’s or woman’s genitalia. An individual’s 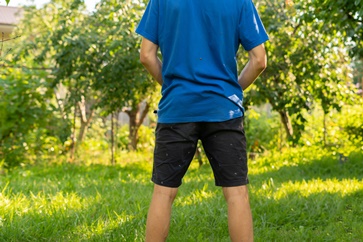 buttocks or breasts are not included in the definition. In addition, the law clearly states that a woman who exposes her breasts while breastfeeding in public cannot be charged with this crime.

A public place is defined broadly. It is defined as any place which is viewable from any location that is open to the view of the public at large. This can include private property, such as a person’s home, if someone walking or driving nearby can see them.

Many acts can result in a person being charged with indecent exposure, such as:

Like many crimes in North Carolina, indecent exposure can be charged as a misdemeanor or felony. Here are the offenses that a person can be charged with committing and the penalties they face if they are convicted.

In most cases, indecent exposure would be charged as a Class 2 misdemeanor if a person exposes their private parts in a public place. The charge would also be a Class 2 misdemeanor if an individual 18 years old or older exposed themselves willingly in a private place to a minor who was 16 years old or younger. If convicted, they could be sentenced to jail for up to 30 days, community service, probation, or a fine of up to $1,000.

Indecent exposure can be charged as a Class H felony under the following circumstances:

When a person is charged with a Class H felony, the case could be aggressively prosecuted by the prosecutor because crimes against children are treated very seriously in North Carolina. If convicted, a person’s sentence could include up to 39 months in prison, four to eight months in jail, community service, and fines. In addition, they could be required to register as a sex offender on the North Carolina Sex Offender Registry for life.

In some circumstances an individual can be charged with aggravated indecent exposure. If they are convicted, they may face even harsher penalties.

Were you charged with indecent exposure in Mecklenburg County? Was a family member charged with this crime? You could have strong defenses that could result in the charges being dismissed or reduced to a less serious offense—even if you are guilty.