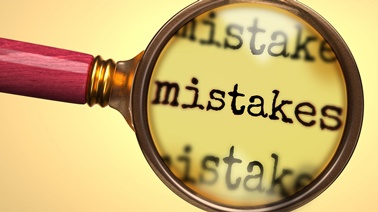 Before arresting someone, the police will conduct a criminal investigation to determine if the suspect committed a crime and collect evidence to help convict them. Unfortunately, law enforcement officials can make mistakes when investigating a crime.

If you have been charged with a misdemeanor or felony offense in Northern Carolina, it is important to understand the common errors that may have been made in the criminal investigation that led to your arrest. These mistakes can be the basis of a strong defense strategy—even if you are guilty of the crime you are accused of committing.

Six Mistakes That May Have Been Made in Your Criminal Investigation

Police errors can seriously jeopardize the prosecutor’s case against the defendant and result in the charges being dismissed or reduced to a less serious offense through a plea agreement. In some cases, mistakes in the investigation can result in someone being falsely accused of a crime they did not commit. Here are some common mistakes that the police make:

#1: Failing to Secure the Crime Scene

Many types of evidence are collected in a criminal investigation. They include:

When the police collect evidence or take photos of it, they are required to properly secure the evidence and package it to avoid problems with it being contaminated, lost, or damaged. When they fail to do this, test results could be inconclusive or wrong, and evidence that can result in a conviction or could be used to prove an individual’s innocence could be lost. Here are common mistakes police may make:

#3: Failing to Maintain the Chain of Custody

#4: Not Giving Miranda Warnings and Violating Other Constitutional Rights

The police are required to give a suspect their Miranda warnings when they are taken into custody. This includes informing the individual of the following:

Unfortunately, the police do not always advise suspects of these constitutional rights when questioning them. They also question them after the accused asserts their right to remain silent or to an attorney.

Officers are required to have reasonable suspicion to stop someone, probable cause to search or arrest them—which is the honest and strong suspicion that the suspect committed an offense— consent to a search, or a warrant to search or arrest an individual. These are basic constitutional rights. In addition to violating these rights of suspects, police also make the following errors:

Any of these errors could be grounds to suppress the evidence, which may result in the charges being reduced or dismissed.

The police are allowed to use reasonable force when stopping and arresting an individual. However, as we see in the news regularly, they often use excessive force, which in too many cases results in the suspect being injured or dying.

While a claim of excessive force may not result in the charges being dismissed, it could lead to a favorable plea bargain with the prosecutor. In addition, the person may be able to file a civil lawsuit for violation of their constitutional rights.