Being charged with reckless driving is not the same as getting a traffic ticket in North Carolina. If you are convicted, you could face harsh penalties and long-term 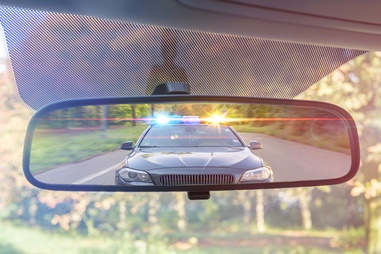 consequences in your life.

You do not want to make mistakes that weaken your defenses or make it harder to get the charges against you dismissed or reduced to a less serious offense. Here are the top mistakes people make when facing these charges that you want to avoid to improve your odds of achieving a favorable outcome in your criminal case.

Reckless driving is a misdemeanor in our state. You could be charged with this crime for doing any of the following:

This law is very broad, which gives the court leeway in determining whether someone is guilty of reckless driving. If you are convicted, you could face these penalties:

Eight Mistakes Not to Make in a Reckless Driving Case

The last thing you want to do is make mistakes that could make it harder to defend yourself against the charges you face. Here are common errors you need to avoid making.

If you are pulled over by the police, you should limit what you say to the officer. You should not admit anything, such as that you were speeding or driving recklessly. Any statements you make could be used against you in court.

#2: Arguing With the Officer

Do not argue with the police officer—even if you know you are innocent. Arguing with them could result in you being charged with other more serious offenses or receiving a harsher penalty if you are found guilty of reckless driving. You should remain cooperative and polite when you are pulled over.

#3: Not Taking the Charges Seriously

You should not treat your reckless driving charges lightly like you might if you receive a speeding or other traffic ticket. You are being charged with a criminal offense and face serious penalties if you are convicted, which can include incarceration.

#4: Not Understanding That Speeding Can Be Considered Reckless Driving

#5: Believing You Must Plead Guilty

If you think you were guilty of reckless driving, you may be tempted to just plead guilty and accept your punishment at your court hearing. This would be a big mistake. You could have strong defenses to the charges you face—even if you are guilty.

Raising your defenses could result in the charges against you being dismissed or reduced to a less serious offense. A few defenses in these cases include:

#6: Not Understanding the Long-Term Consequences

In addition to the punishments you face, you could also experience long-term consequences if you are convicted of reckless driving. Some of them include:

#7: Entering Into a Plea Agreement on Your Own

You may want to represent yourself in your criminal case to save the cost of hiring a lawyer. However, you would be at a serious disadvantage in court and would not get as favorable of a plea agreement from the prosecutor if you try to negotiate one on your own.

#8: Not Retaining an Attorney

One of the biggest mistakes you could make is not hiring an experienced traffic ticket lawyer as soon as possible after you are charged with reckless driving. You cannot identify the defenses that will help you or effectively raise them in court on your own.

You need an attorney who will mount an aggressive defense strategy for you. This could result in the charges against you being dismissed or reduced to a less serious offense through a plea bargain with the prosecutor.