Should I accept a plea bargain to reduce my reckless driving charges?

If you are charged with reckless driving in North Carolina, you are not being issued a traffic ticket. You are being arrested for a serious misdemeanor 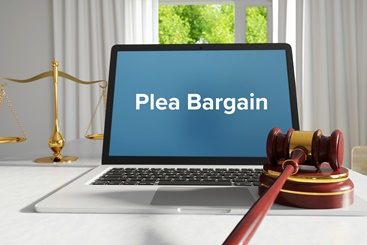 offense that could result in harsh penalties if you are convicted.

You should take the charges against you seriously and retain an experienced traffic ticket attorney as soon as possible to help you fight the charges you face. One option you will most likely consider at some point in your case is whether to take a plea bargain. Here’s what you need to know when making this important decision that will affect your life as well as the outcome in your criminal case.

What Penalties Could You Face If You Are Convicted of Reckless Driving?

In deciding whether to accept a plea agreement, it is important to understand the punishments you could face if you plead guilty to or are convicted of reckless driving. Reckless driving is broadly defined to include the following:

Reckless driving is a Class 2 misdemeanor. You could face these consequences if you are convicted:

A plea bargain is an agreement between you and the proscecutor. You would agree to plead guilty to some offense in exchange for the agreement of the prosecutor to give you a benefit, such as reducing the charges against you or the sentence you would face.

Benefits of a Plea Agreement for the Prosecutor and Judge

Many reckless driving cases are resolved through a plea deal. There is a clear benefit to the prosecutor and court. They both have high caseloads, and a plea bargain avoids the necessity of a trial. In addition, these agreements usually result in a guilty plea, which the prosecutor would see as a victory.

What You Need to Consider Before Agreeing to a Plea Deal

You should never accept a plea bargain without first consulting with a knowledgeable lawyer. They will help you weigh the benefits and drawbacks of agreeing to it. Some of the benefits may include: