Robbery Is a Felony Offense in North Carolina 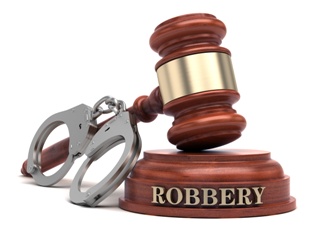 In North Carolina, you are facing serious felony charges if you have been arrested for robbery. Your sentence could include imprisonment, and you would have a permanent criminal record with long-term consequences for the rest of your life. Even if you know that you committed the crime, you could have strong defenses that may result in the charges being dismissed or reduced to a much less serious offense. However, to fight the harsh ramifications of being found guilty, you will need the assistance of an experienced criminal defense attorney.

Some people make the mistake of thinking of robbery charges like theft charges, such as simple theft or larceny. In North Carolina, robbery is a common law crime and is a much more serious offense than theft—it is considered a violent crime. Here are some key points about this crime:

Robbery With a Dangerous Weapon Charges

Robbery with a dangerous weapon is a more serious offense than common law robbery. To be convicted of this offense, the following must be proven:

Penalties You Could Face If Convicted of Robbery Charges

Because robbery and robbery with a dangerous weapon are felonies, the potential sentence that you face if convicted could be severe. In addition to a prison sentence, you could also have to pay fines and be placed on probation. You could be sentenced to prison as follows:

Contact Our Office If You Have Been Charged With Robbery

Have you been charged with robbery or robbery with a dangerous weapon? You need the assistance of an experienced criminal defense attorney to begin building a strong defense to the charges you face. Your liberty is at stake, and you need to do everything you can to fight the charges—even if you know that you are guilty. You could have constitutional, procedural, or substantive defenses that could result in the charges against you dismissed or reduced to a less serious offense that will not result in you being sentenced to prison. Call our office or fill out our online form today to schedule a free, no-obligation consultation with a member of our legal team.