How Does Double Jeopardy Protect You If You Have Been Charged With a Crime? 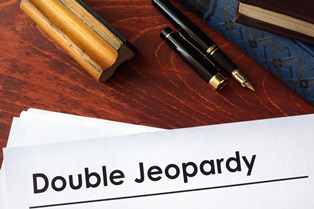 When you are charged with a crime, you may feel like you have no rights under the law. However, this is far from true. Under the United States Constitution, you have many protections when you face criminal charges. For example, you have a right to be given your Miranda warnings when you are taken into custody. Another important right you have is the protection against double jeopardy.

What Is Double Jeopardy?

The right against double jeopardy is another right that people have under the Fifth Amendment to the U.S. Constitution. The Fifth Amendment provides in part that no person shall “be subject for the same offense to be twice put in jeopardy of life or limb…” This clause protects a criminal defendant from being charged twice for the same crime in the same jurisdiction. In Benton v. Maryland, the U.S. Supreme Court ruled that double jeopardy protections apply to individuals in both state and federal criminal cases. It protects against:

When a person is protected from further prosecution of a crime is complicated, and many court cases define what this protection is and when it applies. These general rules are applicable:

When Does Double Jeopardy Not Apply?

Once jeopardy is terminated, a person is not always protected against further prosecution. In these cases, the prosecutor may continue with criminal proceedings: