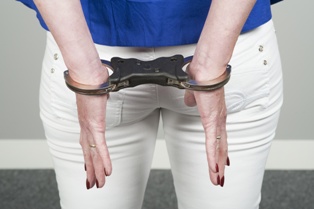 Under North Carolina law, there are a number of criminal statutes that make it illegal to buy and sell sex or to promote or facilitate prostitution. These crimes can be charged as a misdemeanor or felony with punishments that include jail time. In addition, a conviction can have long-term consequences on your personal relationships as well as result in a permanent criminal record.

Prostitution: The Crime and Penalties

The prostitution laws in North Carolina were rewritten in 2013 after remaining unchanged since 1919. Under the current law, prostitution is defined as performing, offering, or agreeing to perform vaginal intercourse, any sexual act, or any sexual contact for the purpose of sexual or another gratification for money or other consideration. It is illegal to willfully engage in prostitution. This is a Class 1 misdemeanor with a punishment of between 1 and 120 days depending on the person’s prior criminal record. If the person has no prior conviction, he cannot be sentenced to more than a 45-day sentence of community service.

When an individual has never been convicted of or placed on probation for prostitution, he may have another option. He may be able to plead guilty to the crime and be placed on probation for 12 months. If he completes his sentence, the case would be dismissed as a conditional dismissal that is not treated as a conviction. A person is only allowed a conditional dismissal of a conviction for prostitution once. There are strict requirements for this type of probation, such as not possessing a firearm, submitting to random drug testing, and attending at least 10 counseling sessions in a program approved by the court.

Other Prostitution Offenses and Penalties

There are a number of other serious prostitution crimes in North Carolina. Some of them include: