Trespassing Is a Serious Crime With Harsh Penalties in North Carolina 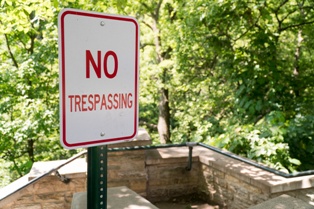 While you may understand the general concept of trespassing, you may not realize that it is a crime in North Carolina—until you are arrested and charged with this offense. Trespass offenses are less serious than the crimes of burglary or breaking and entering but should not be taken lightly. You could be sentenced to jail or prison and would have a permanent criminal record, which could limit your ability to obtain a job, affordable housing, a loan, and more, long after you fulfill the terms of your sentence. However, an experienced criminal defense attorney can help you raise defenses to these charges—even if you are guilty—so that they are dismissed or reduced to a less serious offense.

Trespassing Charges You Can Face in Charlotte

In general, a person commits trespassing by knowingly entering another person’s property without permission. Depending on the facts surrounding the trespass, a person can be charged with a number of different offenses. These crimes include the following:

What Is Domestic Criminal Trespass?

A separate type of trespass crime in North Carolina is domestic criminal trespass. This offense involves people who were in a relationship together, such as spouses, former spouses, or two individuals who were living together. To be charged with this crime, the parties must be living apart and the person must have entered or remained on the property of the victim after having been forbidden to do so. There must be some evidence that the individuals are living apart, such as an order of separation, a court order requiring one party to remain off the property, or separate residences.

Domestic criminal trespass is a Class 1 misdemeanor, and it is punishable by up to 120 days in jail and a fine in the judge’s discretion. However, the charge can be elevated to a Class G felony if the property is a safe house or a haven for domestic violence victims and the trespasser has a deadly weapon. If convicted, a person could be sentenced to up to 47 months in prison.