Are You Facing One of These Three Types of Manslaughter Charges?

Like many states, North Carolina has a number of different manslaughter crimes that you could be charged with committing. They are serious felony charges that can carry a lengthy prison sentence. If you have been arrested and charged with manslaughter, you should take actions to defend yourself immediately —including retaining an experienced criminal defense attorney as soon as possible.

One common manslaughter charge in North Carolina is voluntary manslaughter. It is different than murder charges, which includes the requirements that the killings be done with premeditation and malice. Voluntary manslaughter is an intentional killing but is done when provoked and is often referred to as a “heat of passion” crime. The provocation can cause the person to act rashly, in a sudden fit of rage, or due to extreme emotional distress. However, there is no pre-planning of the killing as is the case when someone is charged with murder.

Manslaughter is a Class D felony. If you are convicted, you face a prison sentence of between 51 and 64 months in prison and must be sentenced to a mandatory minimum of 51 months in prison.

What Is the Difference Between Involuntary and Voluntary Manslaughter Charges?

Involuntary manslaughter is a Class F felony, and the sentence could include up to 20 years in prison, with a minimum sentence of 13 months. The judge can also assess a hefty fine. 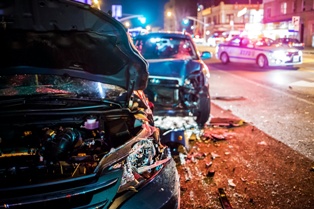 Unlike some states, North Carolina has a third manslaughter offense—vehicular manslaughter—for deaths caused by vehicle accidents. Under our state’s laws, this is known as death by vehicle and is defined as killing another human being while driving under the influence of alcohol or drugs or any homicide that is caused by a violation of a state or local driving law. Examples of situations where a person can be charged with vehicular manslaughter include:

Vehicular manslaughter can be charged as a misdemeanor or felony. What charges will be brought will be based on the circumstances of the crime and whether the person has been convicted of this charge in the past. The possible penalties include the following: