Contesting a North Carolina Will 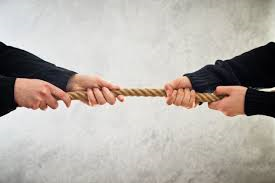 When a loved one passes, potential heirs of the decedent’s estate often feel as though they should have received something, or if they did receive something, they feel as though they should have received more. In most instances, the decedent’s will, and other estate planning documents, accurately express his or her intent. That is, the will maker’s will disposes of their property just as they desired for it to.

In some instances, however, the will maker’s will fails to distribute his or her property according to his or her wishes. This may be for one of several reasons, including capacity issues, fraud, undue influence, or even a simple mistake. In such a situation, potential heirs may be correct in thinking that the will maker wanted them to receive something, or wanted them to receive something more. If this is the case, the heir may seek to challenge the validity of a will through what is legally referred to as a caveat proceeding.

Any person entitled to take under the will, or any other person with an interest in the estate may file for a caveat proceeding. Interested parties may include beneficiaries listed in a prior will, intestate takers (those who would take if there was no will), or any other person who has a direct interest in the estate that would be defeated by probating the will, or which would be benefited by setting aside the will.

North Carolina Requirements for a Will Contest

In order for an interested party to initiate a caveat proceeding in North Carolina, certain requirements must be met.

Posting bond: The court may require the person filing for a caveat proceeding to post a bond with the court.

Statute of Limitations: The person filing for a caveat proceeding must file within three years of the will being probated in common form. This three-year statute of limitations may be extended for an interested party who is under age 18, incompetent, or imprisoned. With solemn form probate, a caveat proceeding cannot be filed after a will is probated.

Notice: The caveator, or person challenging the will, must give notice of the caveat proceeding to all interested parties.

Grounds to Challenge a North Carolina Will

At a caveat proceeding, the person claiming that the will is valid has the burden of proof, by the greater weight of the evidence, to establish that the will meets the formal execution requirements set forth in the North Carolina General Statutes.

If it is determined that the will meets the execution requirements, the burden then shifts to the person challenging the will to put forth evidence showing why the will is invalid. The most common grounds for a will to be found invalid include the following:

A general showing of the will maker’s deteriorating physical and mental health in the time just prior to the execution of the will in question is generally not sufficient to prove lack of testamentary capacity. Thus, just because a will maker is very old, physically frail or ill, or that he possessed a failing memory does not necessarily mean that he was not able to comprehend the nature of his act.

Undue Influence: Undue influence is present when the person challenging the validity of the will proves:

North Carolina’s courts have found certain factors relevant in determining the existence of undue influence, including, but not limited to, the following:

It should be noted that all influence is not undue influence though. A person may request or even implore another to execute a will in his or her favor. If these pleas are not so excessive as to overthrow the desires of the will maker, the will in question cannot be invalidated because of undue influence.

Fraud: In order for a will to be found invalid because of fraud, the will maker must be willfully deceived as to the instrument he or she signs. Fraud may come in one of two forms, fraud in the execution or fraud in the factum.

Forgery: Similar to fraud is forgery. A will bearing the forged signature of the purported will maker is void.

Mistake: Absent undue influence of fraud, generally, there is no relief for a mistake as to the inducing reasons for the will or a provision of it. Thus, a mistake made by a will maker in his her or her will is not usually sufficient to void the will. However, where a will maker by mistake has executed the wrong document as his will, the executed document may be invalid because he lacked the testamentary intent as to that instrument.

Improper Execution: A will must be executed in strict compliance with the requirements set forth in the North Carolina General Statutes. If not, the will is invalid.

Revocation: If the person challenging a will at a caveat proceeding demonstrates that a will maker’s will has been revoked, the will is invalid. In this case, the will maker’s estate will pass by North Carolina’s intestacy laws unless there is another valid will.